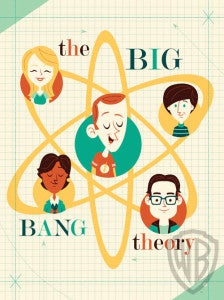 Nucleus in Alhambra, CA and Warner Bros. this week announced "The Physics of Friendship: A Tribute to The Big Bang Theory," an art exhibition featuring an international roster of visual talent capturing the spirit of the hit show, now in its seventh season. The exhibit features more than 50 works in a variety of mediums by a roster of professional artists. To view a roster of artists, click here. You can see some examples of art appearing in the exhibit at left and below. In addition to showcasing artwork inspired by the The Big Bang Theory, Gallery Nucleus will launch a pop-up shop featuring exclusive, limited-edition prints and merchandise featuring the art series. On Saturday, October 19, 2013, from 7–11pm, Nucleus hosts its "Physics of Friendship" Opening Night Exhibition & Fan Celebration, featuring a number of Big Bang–themed activities, including trivia and costume contests, photo opportunities, a scavenger hunt and more. One fan will win the opportunity to be immortalized as an action figure. 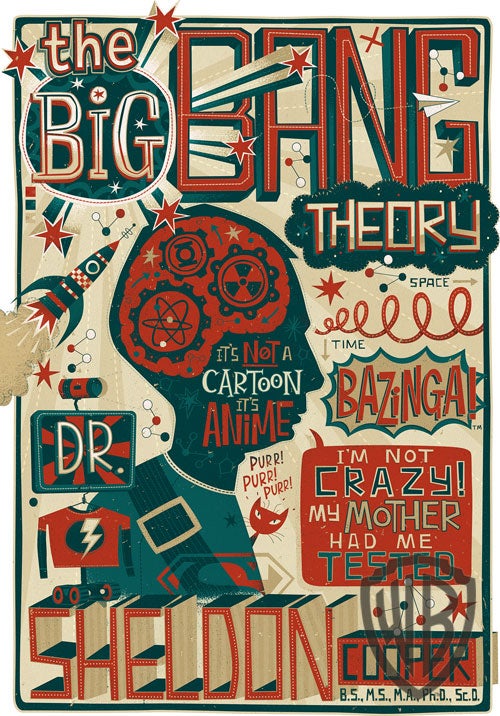 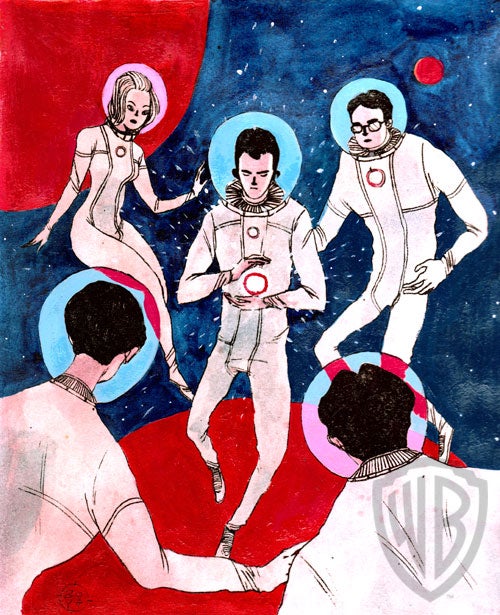