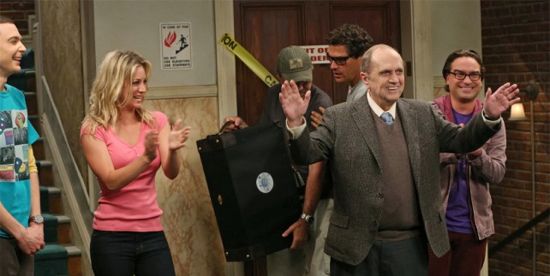 Forget about Batman Vs. Superman, CBS is engineering the real ultimate showdown in an upcoming episode of The Big Bang Theory. Bob Newhart, who won an Emmy Award for his last appearance on The Big Bang Theory, is returning to reprise his role of Professor Proton.

However, he's not going to be the only notable guest star on the episode. Bill Nye the Science Guy will also be guest starring as himself. In the episode, when Professor Proton (Newhart) contacts Leonard (Johnny Galecki) to ask for help with an experiment, a scorned Sheldon (Jim Parsons) seeks revenge by befriending a rival science TV host, Bill Nye.

The Big Bang Theory episode with Bob Newhart and Bill Nye will air on Thursday, November 7 from 8:00-8:31 PM, ET/PT on CBS.