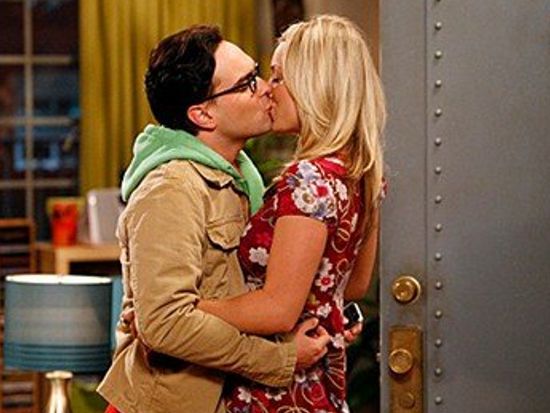 While Leonard Hofstadter and Penny are currently dating on The Big Bang Theory, they've had an on-again and off-again relationship throughout the series. One of the big mysteries of The Big Bang Theory that keeps viewers tuning in is whether Leonard and Penny will ultimately wind up together. In an appearance on The Talk, Kaley Cuoco, who plays Penny on The Big Bang Theory, weighed in with her thoughts on what the future may hold for her character and Leonard. Kaley Cuoco said, "I still believe and I hope that in season 10 they end up together. That's like my dream. I just would love that." Kaley Cuoco also added, "When I think of all the stuff that is going on now, it's nothing I would have imagined in season one. Wolowitz married and all of these things." So what do you think? Would you like to see Leonard and Penny tie the knot in season 10? Of course, The Big Bang Theory is only in its sixth season, so that would still leave plenty of time for breaking up and making up and breaking up again between now and then.

The Big Bang Theory: Leonard & Penny To Marry In Season 10?