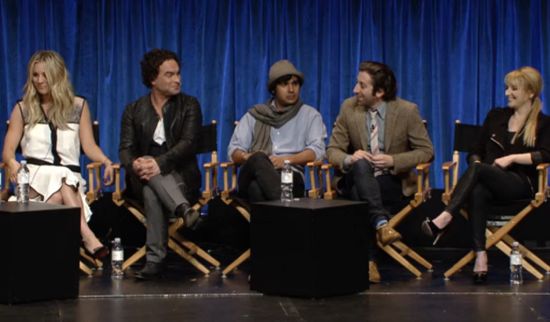 There were lots of secrets revealed and questions answered during The Big Bang Theory panel. For example, it turns out that Sheldon's trademark "Bazinga!" was actually created by writer Stephen Engel. Stephen Engel liked to play practical jokes, and "Bazinga" was his word for "gotcha."

We've embedded the full PaleyFest panel for The Big Bang Theory below, so that you can watch and enjoy for yourself.