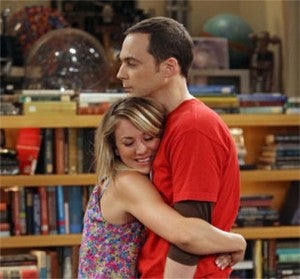 The Big Bang Theory returns for its seventh season with an hour long premiere tonight. The hour long premiere consists of two back-to-back 30 minute episodes titled “The Hofstadter Insufficiency” and “The Deception Verification.”

In the two episodes, Sheldon and Penny share intimate secrets while Leonard is away at sea, later, Sheldon’s feelings are crushed when Leonard returns. Meanwhile, Raj gets consoled about his ex-girlfriend and Wolowitz’s relationship with his mother causes an unusual threat to his masculinity.