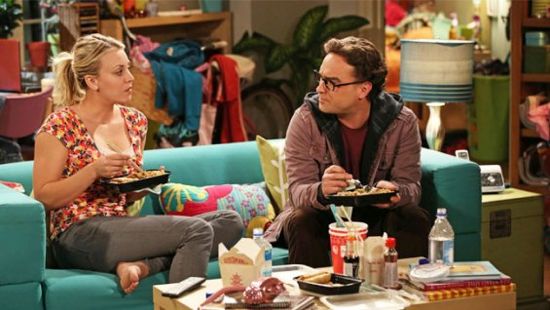 Are you ready for a huge spoiler for The Big Bang Theory? In an interview with The Hollywood Reporter, Johnny Galecki, who plays Leonard, strongly hinted that his character might propose to Penny on the this year's Valentine’s Day episode.

Galecki said, “Next week we start shooting the Valentine's Day episode. It's a big one for Leonard and Penny -- there might be somebody getting down on one knee.” The Valentine’s Day episode would actually air on Thursday, February 14, 2013.

However, the big spoiler we’re talking about is not that Leonard proposes to Penny. Galecki wouldn’t be hinting to The Hollywood Reporter if it wasn’t going to happen, and CBS will likely start playing it up in ads to get viewers to tune in.

The big spoiler is what will Penny’s answer be to Leonard’s proposal. In regards to the proposal, Galecki said, “I don't know if it'll work out, I'm just saying.” However, TV Guide offers up their own summary of the Valentine’s Day episode, which doesn’t mention a proposal. In their description of the Valentine’s Day episode, TV Guide reports, “Leonard and Penny's relationship will hit another snag.”

If Leonard and Penny’s relationship is destined to hit a snag in the Valentine’s Day episode, then it certainly sounds like Penny must not be receptive to Leonard’s proposal. It looks like CBS leaked the proposal to The Hollywood Reporter, while spoiling the surprise in the description provided to TV Guide.

The Big Bang Theory Spoiler: Leonard Proposes To Penny And…