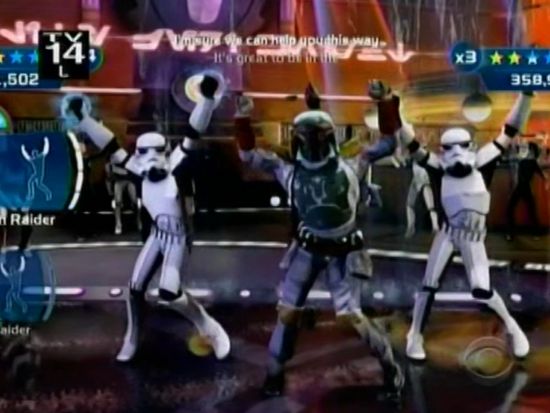 It’s just a Star Wars kind of week. First, Disney announced that they would be acquiring Lucasfilm and releasing a new Star Wars movie every two to three years. Now, The Big Bang Theory includes a couple great Star Wars references in “The Extract Obliteration” episode.

The episode kicked off with Howard Wolowitz and Rajesh Koothrappali playing Kinect Star Wars. They are dancing to a twist on YMCA, which goes “It’s fun to be in the Empire today.” Howard remarks, “I wish we looked as cool dancing in clubs, as we do right now.” Leonard Hofstadter reassures them that’s exactly how they look when they are dancing in clubs.

Later in the episode, Sheldon Cooper is upset because he thinks Stephen Hawking has abandoned their Words With Friends game. When Leonard walks in on Sheldon with his fingers to his forehead, Sheldon explains, “Trying to use the Jedi mind trick to control Stephen Hawking.” Unfortunately, it doesn’t work. However, when Leonard leaves the room, Sheldon tries the Jedi mind trick to get Leonard to return, and it works. Sheldon remarks, “Oh, of course, it only works on the weak-minded.” 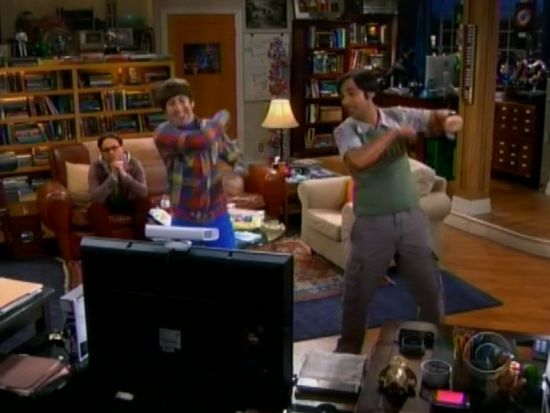