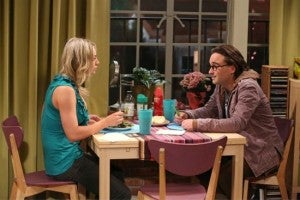 The Big Bang Theory is the top rated scripted comedy on television, and the series stars want to get paid for their success. According to a report in TV Guide, the three main stars -- Johnny Galecki, Jim Parsons and Kaley Cuoco -- are looking to sign new deals that will pay them up to $1 million per episode.