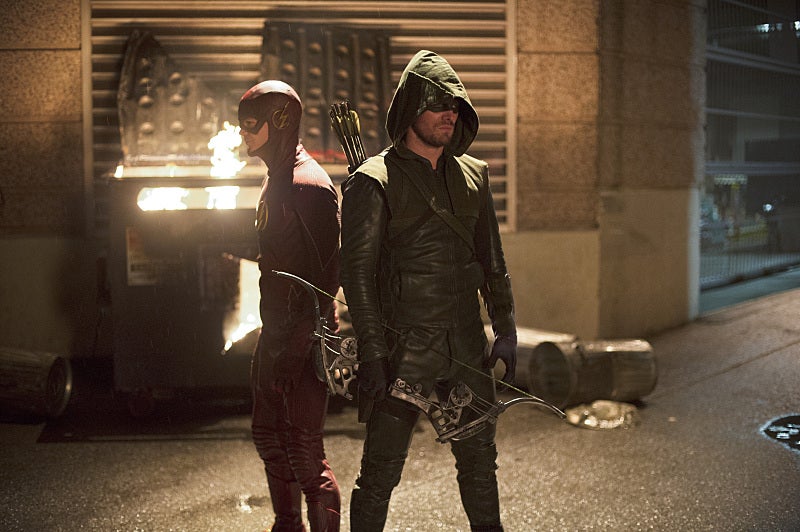 The CW renewed all eight of its current scripted series for the 2015-2016 season, including DC Comics adaptations The Flash and Arrow, which will get a second and fourth season, respectively.

The network today gave early renewals to freshmen The Flash and Jane the Virgin for second seasons, as well as The Originals (Season 3), Reign (Season 3), The 100 (Season 3), Arrow (Season 4) and veterans The Vampire Diaries (Season 7) and Supernatural (Season 11). At least two of those shows had been considered vulnerable for cancellation.

"Each of these series have helped define what The CW is today, a network that is home to smart, provocative, quality programming, targeting a savvy adult audience," said CW president Mark Pedowitz. "By picking up these shows now, our executive producers can start planning next season's storylines, and rolling these shows out throughout next season guarantees The CW will have more proven original series for our fall, midseason and summer 2016 line-ups."

Incoming midseason series iZombie and The Messengers haven't been renewed yet, obviously...and they may face a somewhat uphill climb with so many returning shows on the schedule and the need to accommodate some new blood.

That said, The CW has a relative scarcity of original programming, and while in the past they have done that by design to mitigate costs and keep on top of quality control, the huge commercial success of The Flash and critical acclaim of Jane the Virgin may have convinced them they're ready to take the next step.