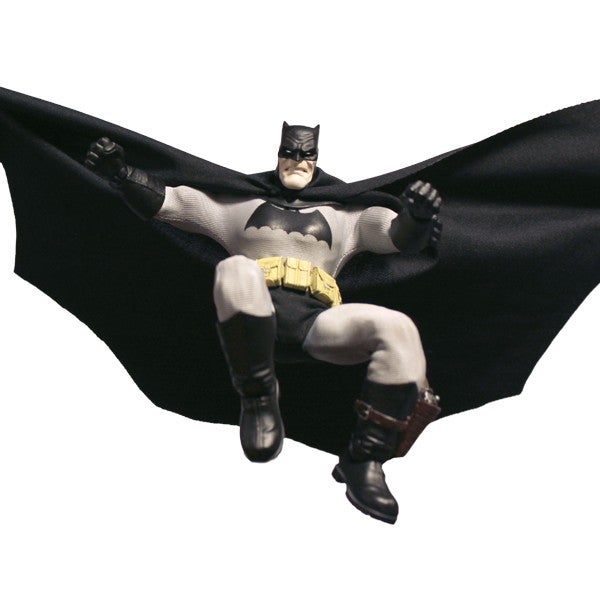 Sometimes, the universe gives fans exactly what they want.

In this glorious case, it's Mezco Toys' 1:12 figure of Frank Miller's Batman from The Dark Knight Returns. Just like the graphic novel he came from, this hulking Caped Crusader will be the crown jewel of any collector's bookshelf. If these new images weren't enough to stimulate the salivary glands, the following features should make a Pavlov's dog out of any fan.

* More than 30 points of articulation. Perfect for strangling neighboring Joker and Superman figures.

* High-quality fabric clothing that actually accentuates the sculpting beneath.

* Four pairs of interchangeable hands, including fists and batarang-wielding fists.

* An interchangeable boot with a pistol holster (and pistol), for when the Dark Knight feels like giving that "no guns" clause a break.

* An alternate head displaying Batman's pearly whites in all of their grimacing glory.

* A removable utility belt--Hey, even action figures need to take a load off. 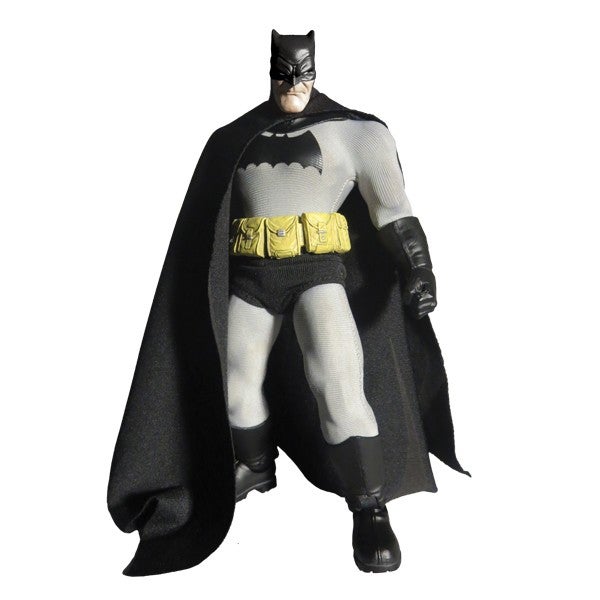 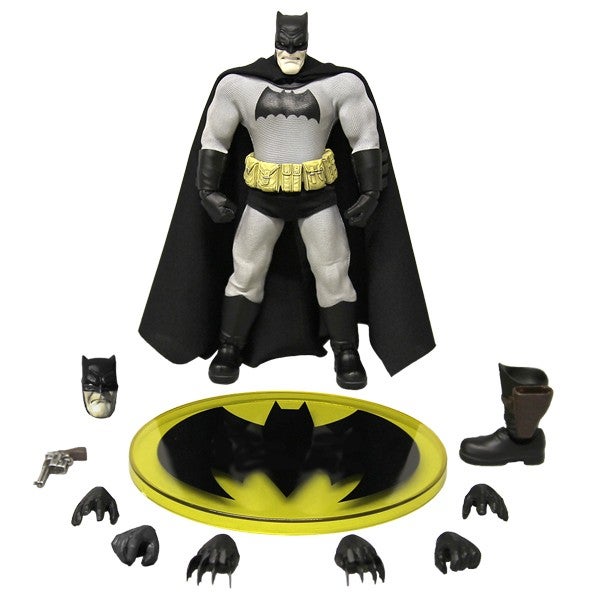 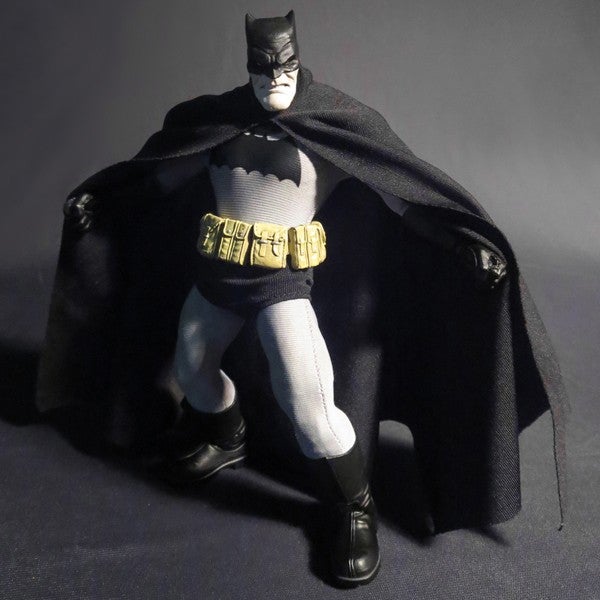 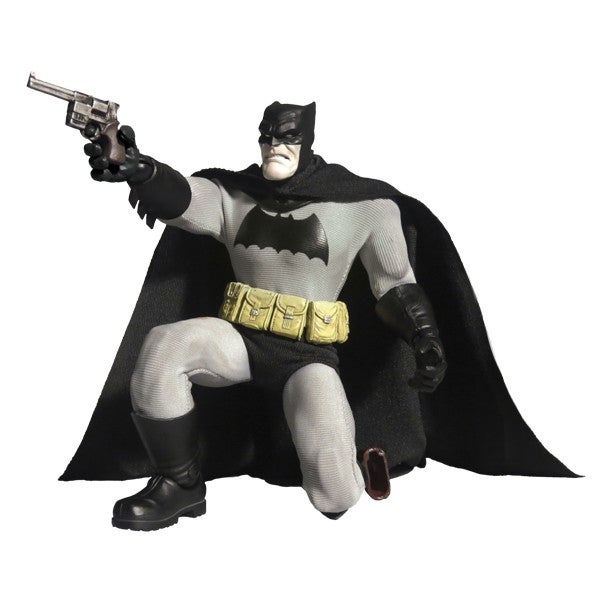 Quality work doesn't come cheap though, with a $65.00 price tag attached to the figure. The figure doesn't ship until January of next year, but customers can invest their hard-earned dollars with a pre-order on Entertainment Earth today.

The Dark Knight Returns to Dominate All Other Batman Figures