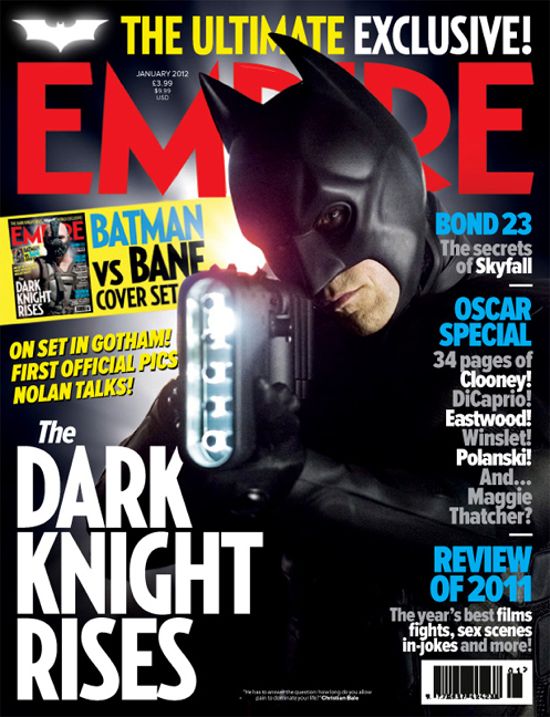 Here's the Bane version of Empire's The Dark Knight Rises cover. While it doesn't reveal any new gadgets, it provides the best official photo of Bane that has been released to date. 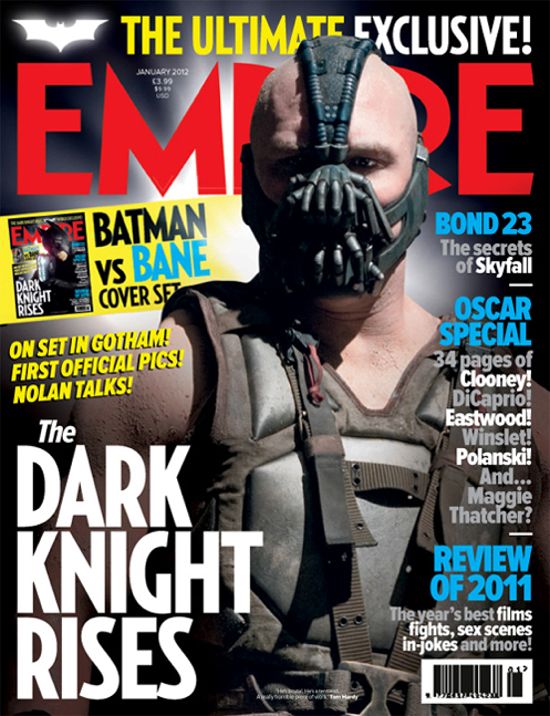 The issue of Empire Magazine featuring the two The Dark Knight Rises covers is scheduled to be released on Thursday, November 24, 2012. Inside the issue will be additional photos from the Gotham City set, as well as an interview with director Christopher Nolan.