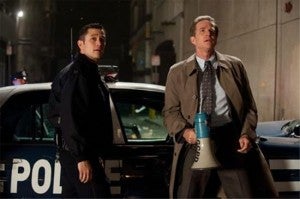 Besides just joining the top ten, the new position for The Dark Knight Rises is historic for another reason. Batman now joins Star Wars as being one of only two franchises to have two movies among the top ten all time highest grossing movies at the U.S. box office. It’s an amazing feat considering such other popular franchises as Spider-Man, Harry Potter, and Twilight don’t even have one movie in the top ten.

The Dark Knight Rises Now One Of The Top 10 Highest Grossing U.S. Movies Of All Time