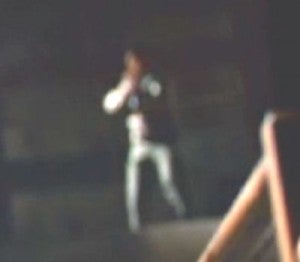 As we were freezing and analyzing every frame of The Dark Knight Rises trailer in hopes of finding something that looked remotely like a hidden Superman logo, we came across a mysterious figure. In the fight scene between Bane and Batman, there appears to be someone standing in the distance behind Batman.

This mystery person appears to be a man wearing green pants and possible a brown jacket. He also looks like he is either taking a photograph with a camera or holding his hands to his face. Who is this mystery man?

Because of the green pants, either the Riddler or Robin would be two likely candidates. However, the mystery man really doesn’t look that much like either one of them. One interesting observation about the mystery man is that he does not appear to move at all during the short scene between Batman and Bane. Could the mystery man actually be some sort of statue in the Batcave? 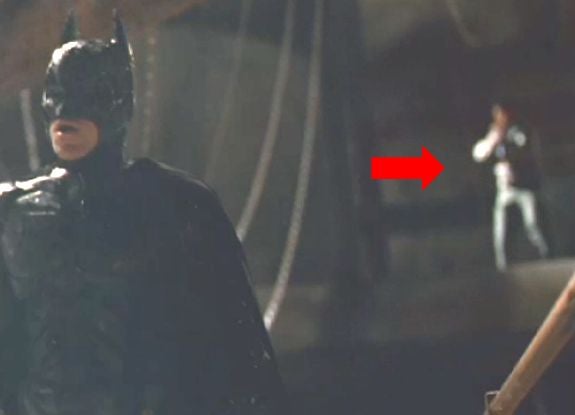 A quick check of message boards shows that many alert fans have also spotted and are buzzing about this mystery man. No one seems to have a clear idea exactly who he might be, but guesses range from a member of the crew to one of Bane's henchmen to (our personal favorite) Elvis.