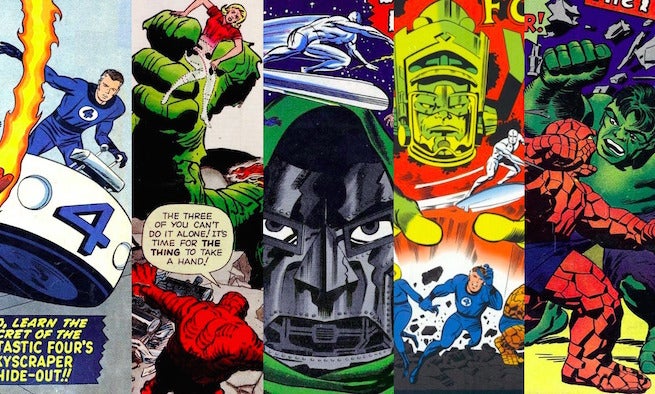 It’s farewell – for now – to the Fantastic Four as Marvel publishes what it’s advertising as the “final” issue of the series that kicked off the Silver Age for the “House of Ideas.” And while there’s some debate as to if and when the Fantastic Four might return – post-Secret Wars, post-Fox produced film, none of the above, all of the above – one thing that cannot be argued is how influential this series has been for the comic book industry.

Since the team was first created by Stan Lee and Jack Kirby in 1961, the Fantastic Four have played a key role in some of the biggest moments in Marvel Comics history. Nearly every superhero comic produced by Marvel owes at least a portion of its success to the F4.

So as we reach the end of this historic series, we here at ComicBook.com wanted to celebrate Reed Richards, Sue and Johnny Storm, and Ben Grimm, better known as Mister Fantastic, the Invisible Woman, Human Torch and the Thing, by highlighting some of the biggest contributions their comics made to the industry.

There’s a reason the Fantastic Four are known as the “first family of comics.” Yes, Sue and Johnny are brother and sister and after Reed marries Sue, the Fantastic Four officially became even closer as a family. Yet it is more than just birth and marriage certificates that make the Fantastic Four a family. The team instantly connected with readers during the 1960s because of how all four members interacted with each other. They care for each other like a real family. They don't always get along – in fact there are many moments where they kinda hate each other (especially Ben and Johnny). But all four share a bond that is inseparable regardless of the highs and lows. The Fantastic Four all unconditionally love each other. This level of character connection just didn’t exist in other superhero series during the Silver Age, and even more than 50 years, is still a rarity throughout the medium. 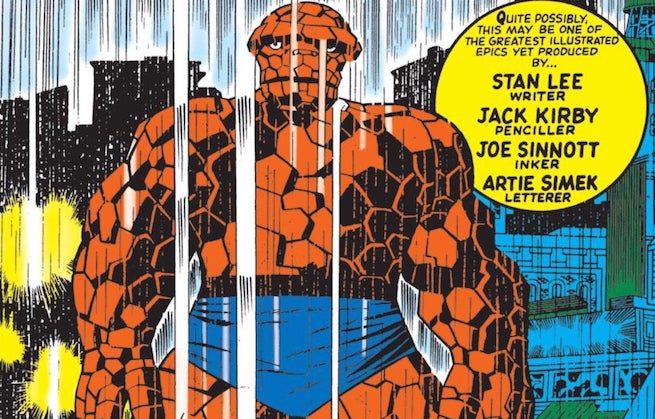 Whether he is jabbering about his days growing up on Yancy Street or letting the opposition know what time it is (clobberin’ time, ‘natch), nobody in comics talks like Benjamin Griim, aka, the Thing. Grimm is a rough-around-the-edges, yet loveable galoot who is about as elegant and genteel as a tap-dancing gorilla. He speaks strictly in colloquiums in a world that is filled with prim and proper heroes – just ignore the fact that they their costumes generally consist of brightly-colored underwear and tights.

Soon after the team first debuted, the Thing was arguably the breakout star of the Fantastic Four; a character most Silver Age readers could relate to because he wasn’t some tea-sipping, fancy man, but just a kid from Yancy Street who got some weirdly-terrifying yet super-powerful special abilities. Stretcho (Reed) might have the brains, and Matchstick Head (Johnny) has the girls, but Ben has the general adulation of the Fantastic Four’s readership. 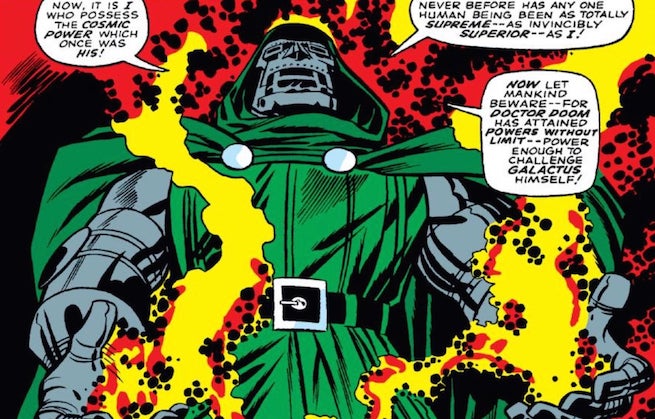 Stan Lee once said of his concept for Doctor Doom that it was “eloquent in its simplicity – magnificent in its implied menace.” Doom is also the greatest supervillain in comic book history. Don’t try and argue otherwise.

As an adversary to Marvel’s premier superhero team, Lee and Kirby’s Doom was a larger than life character. He was a powerful sorcerer that mastered time travel and was a genius on the level of Reed. And unlike other powerful villains, Doom actually applied his gifts to practical use, becoming the dictator on the fictitious country, Latveria. Plus he lived in a castle. Lived. In a. Castle.

But his hooked-up crib and diabolical powers are only part of Doom’s story. Lee and Kirby could have stopped right at Doom being the most powerful villain in the Marvel Universe, but they pushed the envelope by giving him a complex biography filled with legitimate tragedy. Doom’s never-ending quest to save his mother’s soul from the underworld garnered true sympathy from readers. And yet he still spent nearly all of his early appearances trying to kill the good guys. Come on Doom, why couldn't you make it simple for us?

Add in one of Kirby’s greatest character designs — Doom his his scarred face behind a cold metallic mask for that last touch of emotional complexity, and you have the perfect supervillain. 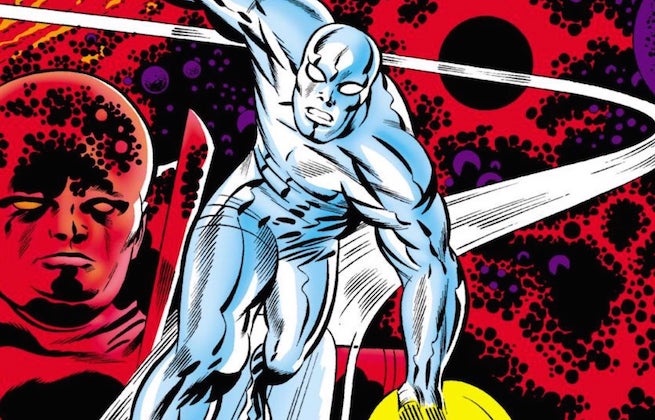 Loved that movie last summer with the talking raccoon and the space pirate with the Walkman? Well, you can thank the Lee/Kirby run on Fantastic Four for breaking our earthly barriers and introducing comic book readers to a crazy cosmic reality filled with Negative Zones, Ultimate Nullifiers, and a planet devouring demigod.

Before the Fantastic Four, the comic book industry was filled with men from outer space and creepy monsters from other dimensions – the most famous superhero of all, Superman, is a native of another planet. But none of these characters or concepts were quite on the level of the consciousness-bending material Lee and Kirby were bringing to The Fantastic Four on a monthly basis. They put forward the idea that outer space was filled with more than just strange looking creatures in spaceships. It featured warring races with established political systems like the Kree and Skrulls; killer insect-type creates led by the murderous Annihilus. And of course Galactus (and his herald, the Silver Surfer), Marvel’s most famous cosmic beings.

Lee and Kirby’s Fantastic Four would inspire other far out storylines: Roy Thomas’s Avengers and Jim Starlin’s Captain Marvel and Warlock series. And it also ushered in Marvel’s “Cosmic” line in the 1970s, which carried the company through the Bronze Age and is currently in the midst of a major revival thanks to the critical and financial success of last year’s Guardians of the Galaxy.

Marvel Comics technically celebrated its 75th anniversary last year, but for all intents and purposes, when people talk about the Marvel publishing imprint that we know and love today – aka, the “House of Ideas” – that era was born in 1961 with the publication of Fantastic Four #1. Given the run of success DC was having with its superhero characters – Superman, Batman, Green Lantern, the Flash and the newly formed Justice League super-team – Marvel had its back against the walls before Lee and Kirby created their own team of heroes. If the Fantastic Four had failed, Marvel wouldn’t be publishing comics today.

Fortunately, the F4 were a hit. And from that success, Marvel was able to start rolling out its own unique line of superhero comics. Not only did that lead to the development of such icons as Spider-Man, the X-Men and the Avengers, but it also led to a unique era of comics dubbed the “Marvel Age of Comics.” In the Marvel Universe, each hero or super-team didn’t operate within its own silo. Instead, everything was connected. The Fantastic Four would appear in the Amazing Spider-Man and vice versa. A fight that took place within the confines of The Avengers would be referenced in an issue of The Uncanny X-Men.

The idea of transforming its entire line of comics into one big melodramatic soap opera was very unique to the industry during the early 1960s. We might take it for granted today and some of us might even bemoan how one comic series feeds into other ones. But it’s an undeniable part of how the industry now operates. And that would have never been possible with Reed, Sue, Johnny and Ben.

The Final F4: 5 Contributions the Fantastic Four Had Made to Comics