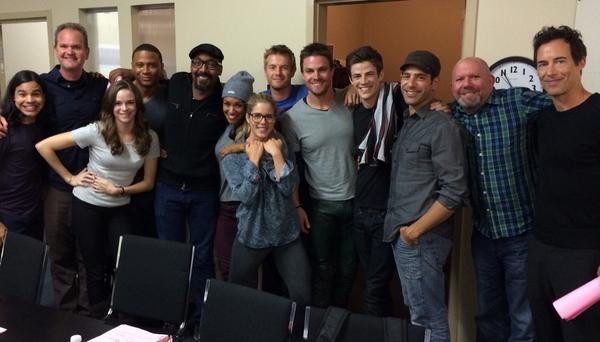 The eighth episodes of The CW's Arrow and The Flash will cross over the DC Comics adaptations for a two-hour, two-night event, and the process is now officially underway.

The Flash comes to TV on October 7 at 8 p.m.  ET/PT and Arrow returns to the air on October 8.