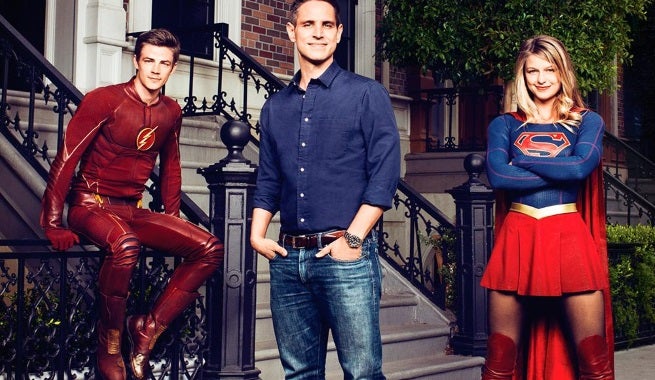 Executive Editor Birnbaum has revealed the next cover of Variety via Twitter, and it spotlights producer Greg Berlanti of….pretty much all of your favorite DC Comics television shows.

The Arrow, The Flash, Legends of Tomorrow, and Supergirl producer can be seen on the cover, flanked by two of his leading actors, Grant Gustin as the Flash and Melissa Benoist as Supergirl.

The Flash’s Season 1 finale will air Tuesday at 8 p.m. ET on The CW.

Supergirl will premiere during the 2015-16 television season on CBS.

The Flash And Supergirl Appear Together On Variety Cover