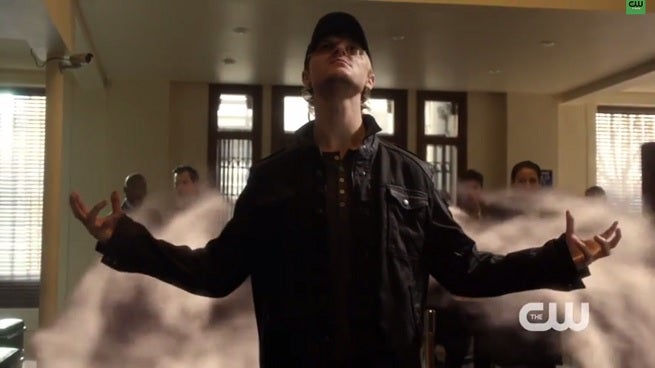 The CW have released a new interview with showrunners Greg Berlanti and Andrew Kreisberg, discussing The Flash and his villains.

In the new interview, which the network is calling "The Flash: Rebirth," a nod to the comic book miniseries that brought Barry Allen back to life after nearly 20 years in the grave,

"Aside from Batman, The Flash probably has the best villains of anybody in the comic books," Kreisberg said. "It's always our drive to dip as much as we can into the DC Comics playbook and I think that people are going to be amazed to see those amazing Flash villains showing up a lot earlier than people probably expected."

Berlanti noted that they use elements from Geoff Johns's Rebirth as early as the pilot episode, "but how we twist and turn that is hopefully what makes it exciting for the audience as we go along."

The Flash: Berlanti and Kreisberg Talk Villains in "Rebirth" Interview