This was a pretty huge week.

The Flash name-dropped a ton of DC Comics characters, naming most of them as dead...but then again, we know that at least one of the five named is still alive and kicking, and our heroes just don't know it yet.

We also got a big, intriguing new clue in the ongoing Harrison Wells mystery, saw Girder somewhat redeem himself after last week and met Farooq, an energy vampire from the Flashpoint universe.

So...read on, and let us know what we missed while we were geeking out that somebody said "Ralph Dibny."

UPDATED with some comments from our readers.

There were movie posters of:

The Rita Farr Story (we've talked about this one before; she's a member of Doom Patrol) 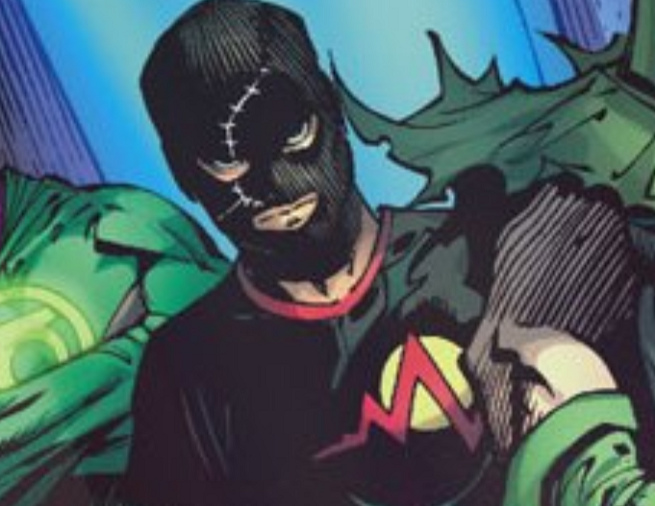 In our interview with guest star Michael Reventar, the character he plays in this episode is described as an electrical vampire.

As Farooq (there were previous, unrelated Blackouts before him), Blackout is a character introduced by The Flash executive producer Geoff Johns in Flashpoint. He was part of Cyborg's planned team to take down both Emperor Aquaman and Wonder Woman and stop the Amazon and the Atlantean war, which has devastated Europe and cost millions of lives in the Atlantean and Amazon attempts to take over the world.

That he arrived this week -- when there's time travel, anomalies and Barry's loss of powers, all things that were hallmarks of Flashpoint -- is definitely interesting.

You can't see the whole thing, but below the Queen Consolidated/Wayne Enterprises merger we saw teased in the pilot, there's something about "Wooly Mammoth Charges Zoo."

Speed is the key to progress

Is this episode introducing the Speed Force?

They talk a lot about "needing more speed," and when Barry's powers are taken from him, you see the process...and the energy looks very different. Barry "becoming one" with his speed at the end also sounds pretty familiar. 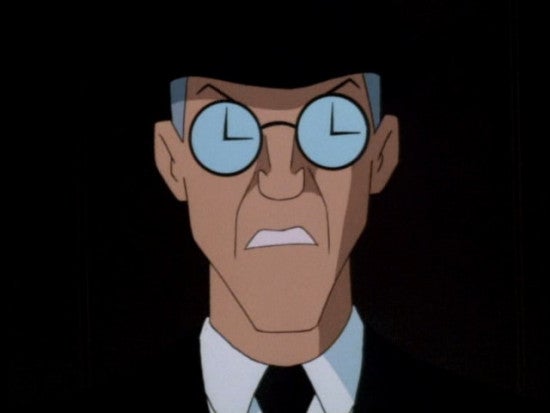 Robert Knepper plays Tockman here--a man whose life is being lived on a very short clock. His sister, too, is sick--but she'll be alive long after he's gone, and so he's spending his remaining weeks or months or years planning elaborate heists in order to take home enough money to make her financially secure in his absence.

In the comics, he had a bit more of a clock "schtick," which varied depending on which version of the character you were looking at. This version, who first appeared on Arrow as an arch-rival for Felicity Smoak, actually feels almost like a hybrid of Tockman's character with that of The Calculator, who recently was reinvented as kind of an anti-Oracle--the super-hacker-for-hire to the supervillain set. If Tockman goes that route, he could make a great recurring villain, and one who doesn't have to go out in the field and put himself in danger regularly.

Kamla the Wooly Mammoth now CHARMS at the zoo, rather than charging (although maybe that's just me reading the first one wrong), while the red skies continue to threaten because there's no Flash to sacrifice himself in the Crisis on Infinite Earths. Oliver Queen and Bruce Wayne's merger now falls through, and the postal service collapses.

It's probably worth noting that in The Flash #14 from the most recent volume, an attack by Gorilla Grodd puts Iris in the path of a charging wooly mammoth.

Yep. That treadmill is pretty special.

Given the fact that he didn't heal all that fast, one has to wonder what that means for Reverse-Flash speculation.

The list of people who died in the particle accelerator explosion is...significant. We're going to go ahead and assume at least one or two of these people probably survived, and we won't bring up Firestorm since we've talked about him in previous Easter egg posts and will be doing so again very soon. We're going to break the familiar names out... 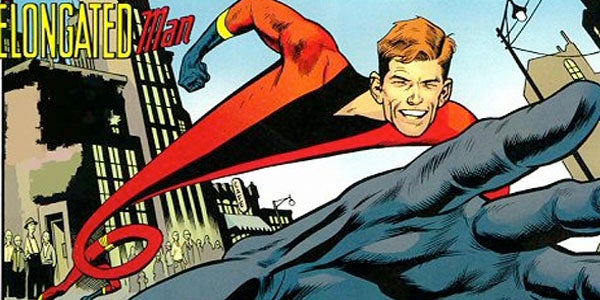 As the Elongated Man, Ralph Dibny served on various iterations of the Justice League over the years, fighting alongside the likes of The Flash, Firestorm, Green Arrow, Black Canary...and later, the Justice League International, where he would meet up with Blue Beetle and Booster Gold.

At times, he's been known to live in Opal City, home to James Robinson's Starman and his supporting cast, including The Mist as well as the circus performers who served as antagonists in the first arc of The Flash Season Zero. He also lived in Central City and worked regularly with Barry at one point in the comics.

Ralph's wife died as part of the Identity Crisis story in the comics, murdered by the wife of Ray Palmer, currently appearing (but single) on Arrow.

In the comics, Ralph didn't have powers of his own, instead relying on a serum he developed to give them to him.

The godson of the Golden Age Atom, Al Rothstein was a member of Infinity, Inc. He had the ability to grow to giant-sized while retaining proportionate strength. Al has gone by the names Nuklon and Atom Smasher and was himself a member of the JSA later in life. 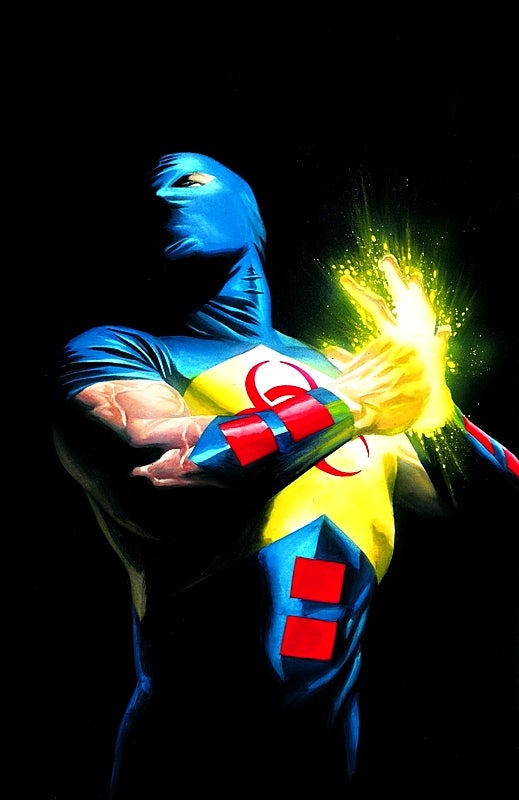 Known as Damage, Grant Emerson had the ability to absorb and redirect energy. His most notable story occurred in the Crisis on Infinite Earths follow-up Zero Hour: A Crisis in Time, in which the supeheroes of the DC Universe used Emerson's powers to recreate the Big Bang so that they could rebuild a universe destroyed by Parallax, a villain who broke the timestream by basically connecting the end of time to its begining and letting all-consuming entropy swallow up everything in between.

Codenamed Fire, Bea is a former supermodel who would go on to become a deadly spy and assassin when she wasn't part of the Justice League International.

She has the ability to be consumed by green flame, and to control and project it. She's most commonly seen in the company of her best friend, Tora "Ice" Olafsdotter.

That list was pretty exciting. The only one you missed, while not very significant, was Will Everett who, according to the DC wiki was Amazing Man.

There were also some more 52 references tonight. All of Wells' journal entries started with the number 52 before its unique identifier. Also, when Barry lost his powers and Wells yelled at Gideon to search again, Gideon replied that it had searched 3,452 times.

I think this must've been the best easter egg episode since the pilot, but the list of names probably gives it an unfair advantage