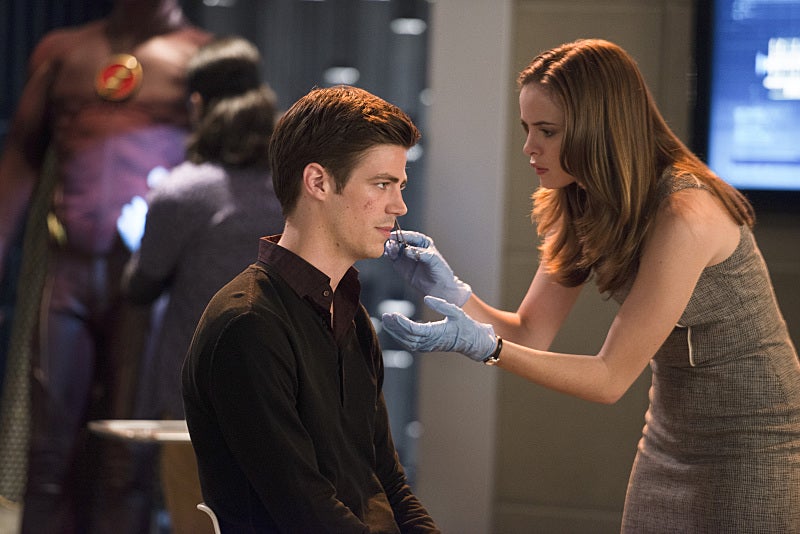 The CW has released a clip from next week's episode of The Flash, introducing Danton Black, a.k.a. Multiplex, into the Scarlet Speedster's world.

The clip explains Multiplex's ability to duplicate carbon copies of himself, forming small armies in the blink of an eye. From the sound of Barry's conversation with Harrison Wells in the clip, it seems that Barry has hit that sophomore stumbling block by failing to stop Black in a previous skirmish. But don't worry, Wells gives Barry the much-needed pep-talk every superhero needs before heading into a rematch with a supervillain.

Danton Black and Multiplex are actually characters from another DC comic, "Firestorm." In the comics, Black was Professor Martin Stein's lab assistant before transforming into the super-powered villain. But this comes as no surprise, as Ronnie Raymond, Professor Stein, and their fused alter-ego, Firestorm, are set to appear on The Flash later this season.