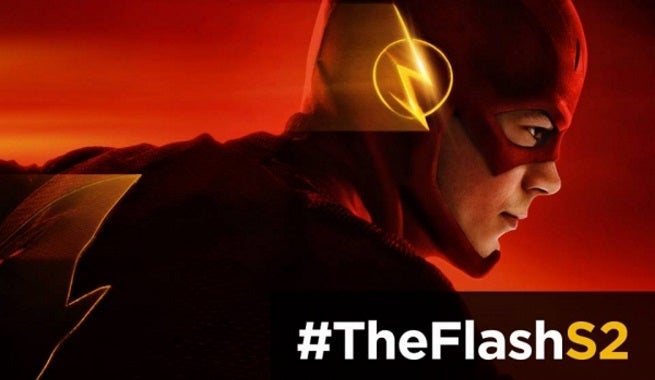 Actor Ryan Cafeo has posted a pair of videos to his Vimeo page which appear to show him auditioning to play a new superhero character for The Flash.

In the videos, Cafeo plays a character called "John," who knows The Flash's secret identity and seems to have a rocky alliance with Team Flash. The character is apparently older than Barry, calling him "kid" in one of the scenes, but he envies Barry as well because apparently "John" has powers which are difficult to control and understand.

He insists, though, that he's got them under control and at one point he seems sure that he knows better than Team Flash what to do to fight the villains.

You can check them out below (even though you need to click through to Vimeo to watch).

Ryan Cafeo - audition- the flash from ryan cafeo on Vimeo.

Ryan Cafeo- audition- the flash from ryan cafeo on Vimeo.

Given that dialogue refers to his powers being extremely dangerous and to his character being extremely powerful, there aren't that many characters who spring immediately to mind; honestly, if we didn't know better, we'd assume it was Firestorm. Captain Atom, who shares many villains and some supporting cast with Firestorm, is a decent guess...

...but gun to our heads? We'd say this could be Grant "Damage" Emerson, especially since dialogue seems to suggest he got his powers in the particle accelerator explosion, and Emerson was one of a number of purported fatalities of that explosion named in the Season One episode "Power Outage," many of whom were established superheroes in the DC Universe in the comics.

The Flash: First Clues About a New Superhero?