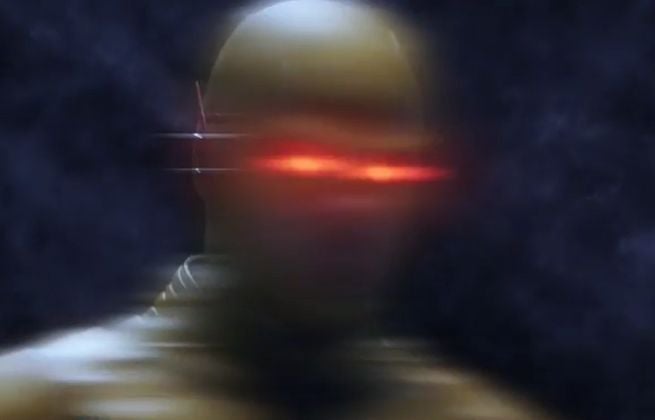 The midseason finale for The Flash, titled "The Man in the Yellow Suit," was already scheduled to run 90 seconds beyond its normal time slot, ending at 9:01:30 instead of at 9 p.m. ET/PT.

Today, the network announced that it will in fact run until 9:01:45, adding another 15 seconds for a total of one minute, 45 seconds of extra The Flash.

Of course, one might ask just how much can actually happen in that amount of time...but the answer is that nearly every post-credits sequence in a Marvel movie has been that much time or so. And the last forty-five seconds or so of the series pilot for The Flash had its own bombshells.

You can see the episode synopsis below.

BARRY COMES FACE-TO-FACE WITH THE MAN IN THE YELLOW SUIT/AMANDA PAYS RETURNS TO THE FLASH — Barry (Grant Gustin) finds himself face-to-face with his nemesis, the man in the yellow suit, a.k.a. Reverse Flash, who killed his mother. Barry is frustrated when the Reverse Flash escapes, but Dr. Wells (Tom Cavanagh) and Cisco (Carlos Valdes) come up with a plan to trap him. All they need is bait, so they turn to Dr. Tina McGee (guest star Amanda Pays) from Mercury Labs to help. Meanwhile, it's Christmas at The West household and Iris (Candice Patton) is in full holiday cheer. Eddie (Rick Cosnett) gives her a surprising gift but also leaves her with a question that could change her life. Joe (Jesse L. Martin) joins the search for the man in yellow and ends up in the crossfire. Caitlin (Danielle Panabaker) finds Ronnie (Robbie Amell). Ralph Hemecker directed the episode written by Todd Helbing & Aaron Helbing (#109). Original airdate 12/9/2014.