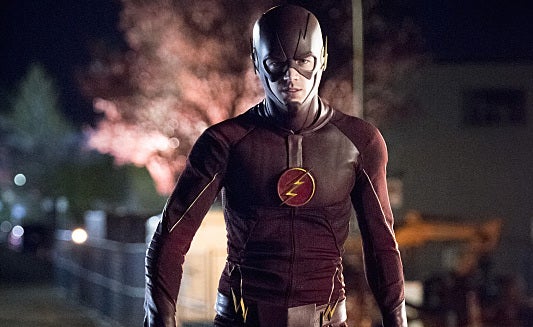 Well Flash fans, The debut season of The Flash has come to a close tonight. It's almost as if it was in a blink of an eye, right? While it's going to be a long summer for some of you (us included), fear not! Here at ComicBook.com, we're counting down the moments of "Fast Enough" that made the season worthwhile and what we'll be talking about until the Fall. Mind you, this episode was packed with moments that'll stick with you for some time so we couldn't list everything (Hello, Rip Hunter name drop), but these are the moments that made this episode one of that the season had to offer.

5. A Deal With A Devil In Yellow 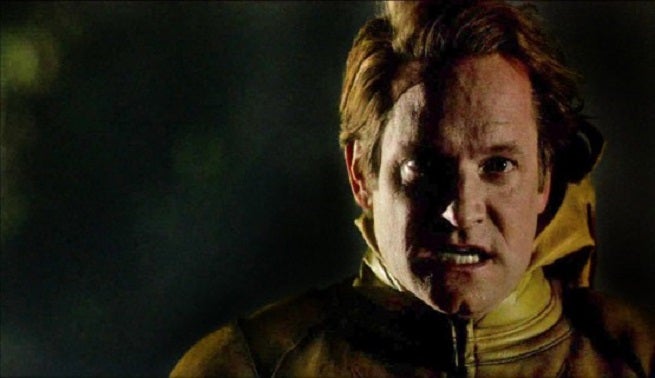 The episode started with some of the strongest acting we've seen from both Grant Gustin and Tom Cavanagh staring each other down, with Cavanagh's Thawne giving Barry the chance to go back in time and save his mother, as well as send Thawne back to his own time. See, Thawne is enraged because the notion that his mother's death would have left him devastated, but in the end, the event made the Flash who he is. Giving Barry a chance to change history would possibly take away his powers and his friends, but give him his mother back. Joe doesn't see another way, but to take the offer and take back the life he never have. But you know that saying about making a deal the devil: you're going to get burned. 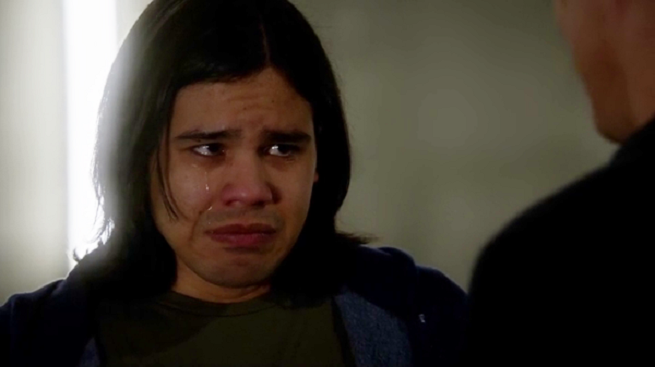 When confronted by an incarcerated Thawne, Cisco finally tells him that he can still see his death, but in faint echoes, despite the fact that Barry straightened out the timeline.

"Yeah. It sucked," he replies stoicily.

That sparked something in Wells' mind. The fact that Cisco can still see the past timeline and his deaths, he realizes that Cisco was also affected by accelerator's energy giving him powers of sound manipulation. In one of the more haunting moments, Wells tells him that when he gets to recognize his potential and power to remember "it was given out of love." Awkward.

3. Eddie Takes One For The Team 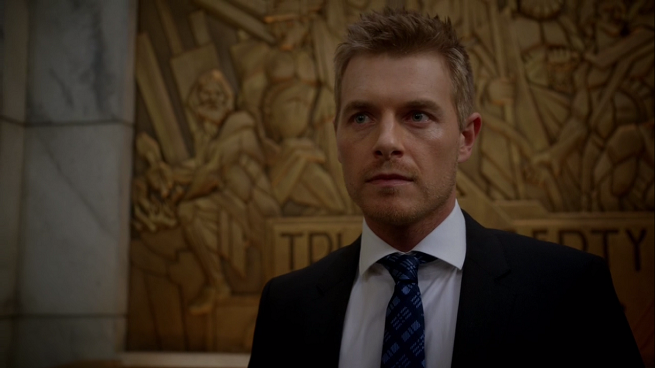 After learning the realization that Eddie Thawne is related to Eobard Thawne, Eddie has lived with knowing that the only reason Reverse Flash is alive is because of him. So, if he dies, the Reverse Flash can never be born. In the final showdown between the two Flashes, a gunshot goes off and cut to Eddie who has shot himself in the heart, killing him, but erasing his bloodline from the universe's timeline. The last shot of Eddie was in the collapsing STAR Labs, dead, as Thawne's very existence starts to unravel with a parting question for Barry: "What will you do without me?" 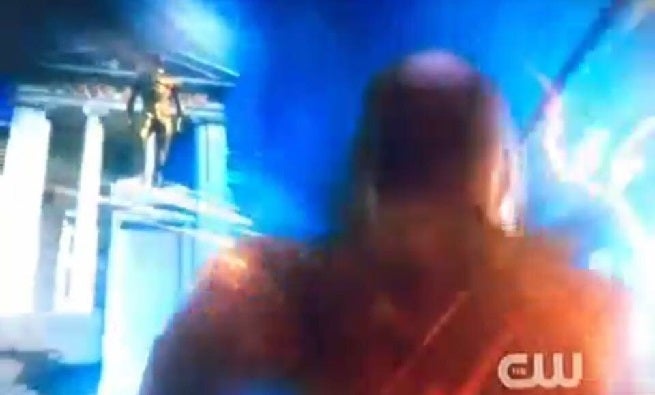 Cisco, ever the nerd, finally name drops the power that gives the Flash his powers. Cisco has been the resident moniker giver since the season began, and right before Barry launches into the past, Cisco gives him a proper nerdy blessing. So as Barry races off to collide, he enters the  Speed Force and we can see Barry's past, present, and future including the Flash Museum and even Caitlin Snow as the sadistic Killer Frost before landing in the past in attempt to save his mother, which leaves us with what is possibly the biggest twist of the season...

1. Barry Stops Himself From Saving His Mother 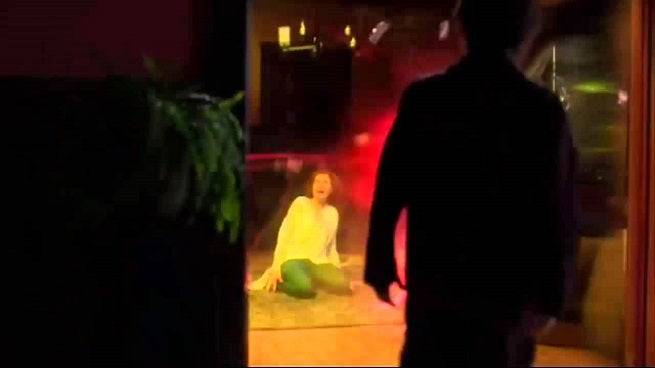 In a twist, Barry sees his past, (or is it future self?), halt the saving of his mother from the Reverse Flash, but finally, Barry got to say goodbye properly. It is hands-down the most heart-wrenching scene in the entire season. The reason why Barry fights is in front of him dying and he did all he could do, but why did his other self deny her safety? Barry took the advice and saw his mother die in front of him, which gave him strength to go back and fight Thawne one last time.

So readers, what stood out to you? What moments are still reeling in your head and that made you have to catch your breath? Admittedly that was a fast-paced last couple of minutes so pardon us if we missed something.