A new comics-style teaser for The CW's The Flash shows that the Justice League exists in the world of The CW's Arrowverse.

The reference comes when Barry Allen meets "Gideon," the futuristic computer that The Reverse Flash has been using to aid him in his mission all season long. 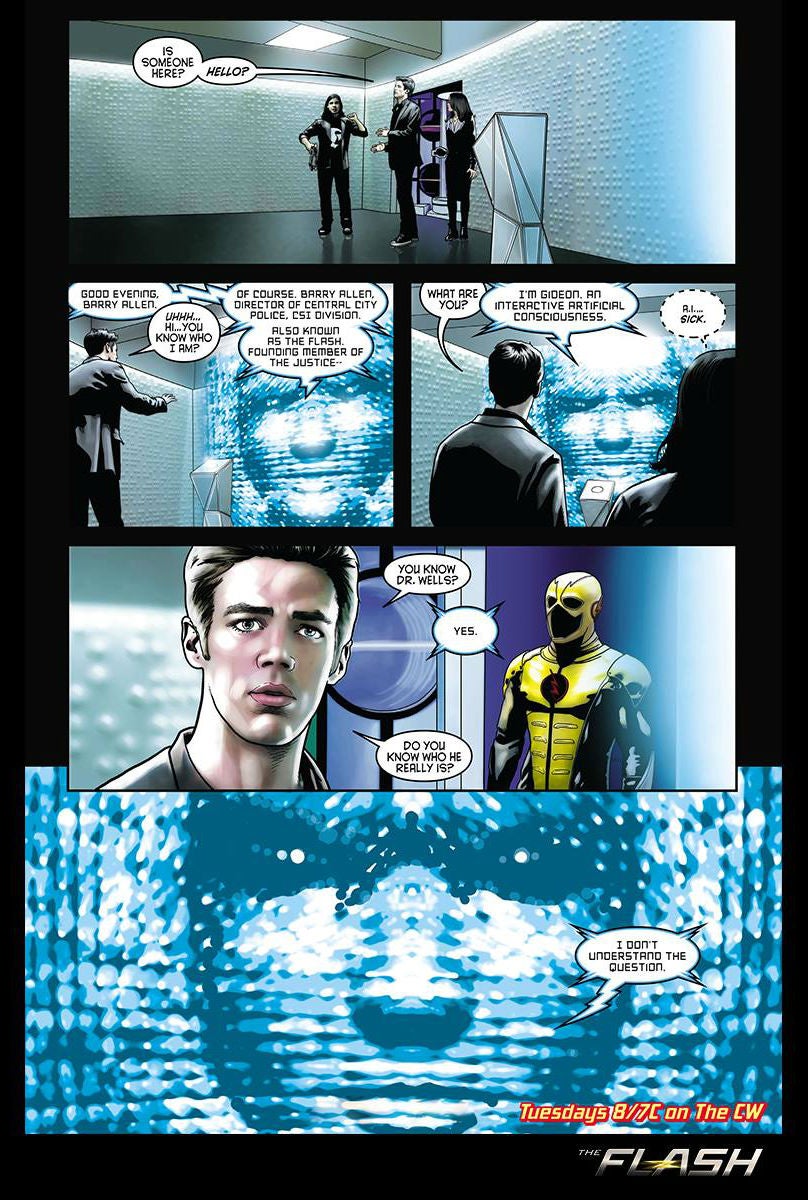 ...And as you can see, she identifies him as a founding member of DC's biggest and best super-team.

What's interesting is that typically these teaser comics take place word-for-word in the TV series. Both Arrow and The Flash have them every week but by the time they're released, usually the moment in question has already been spoiled by a clip or trailer. Not so here -- and it's quite a moment.