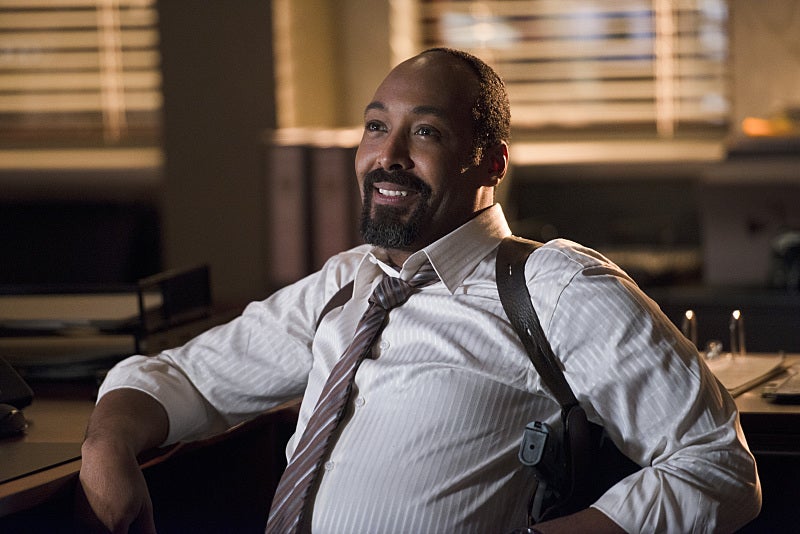 While his character on The Flash has no basis in the comics and often seems to exist largely as an everyman character to whom the viewer can relate, beloved stage and screen actor Jesse L. Martin has become a fan-favorite for playing Joe West, father of Iris and surrogate father to Barry Allen, the title hero.

Over the last few weeks, Joe has been stunned by over-the-top revelations, kidnapped, tortured and dealing with the disappearance of his partner, Eddie Thawne (Rick Cosnett). It's all starting to come together -- or fall apart -- as the season nears its end.

Martin joined us to talk about the series, which enters its final two episodes tonight. 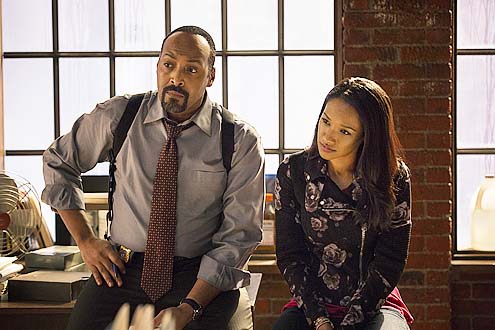 You've got a lot of camera time the last few weeks. Is there a difference in your approach when you're trying to get a bang for your buck in five minutes on camera, versus episodes that center on your character?

It's all getting into Joe. Joe's there whether you see him or not. That's how I feel, at least. There's a story going on there whether the audience sees it or not, so when I do show up, I'm there.

Going back as far as the pilot, Grodd has been teased over and over again. What was your reaction when you saw that in an outline or whatever? As an actor, did you bat an eye? Because for the fans, it was like "If they can do Grodd and make it not embarrassing, this will be the greatest comic book show ever."

I'm glad to hear you say that, because I think they did a great job with Grodd.

And yeah, I definitely batted both of my eyes and a couple of other things. I was like "Wait, what?!" Never in my wildest dreams did I imagine I'd end up doing something like that. You know, I come from pretty serious, if you will, shows and I never imagined that I would be in a genre where I'm literally staring at a twelve-foot gorilla screaming in my face. It's a cool job.

How do they do that on set? Did they use a practical costume on set?

Occasionally, yes. There was an actor who was fully suited, so he was the scale that we were going for, which made me have to use less imagination, which was nice. But so many of the pieces that we did, they weren't able to use an actual person, so everybody was acting to the air.

Which is fine with me; that's what little kids do, is they just imagine what it is and go for it. So it's fun.

When you have somebody there, is it easier to play to the air than it is to keep a straight face around the gorilla?

Sometimes, to be honest, it's easier if there's no one there because you're not distracted by what isn't necessarily a monkey suit, it just looks like padding. But in some cases, it's really nice to have a pair of actual eyes to look at.

Other times, it's much more useful to just use your imagination and pick a spot because it technically may not be possible for the actor to be in the frame. 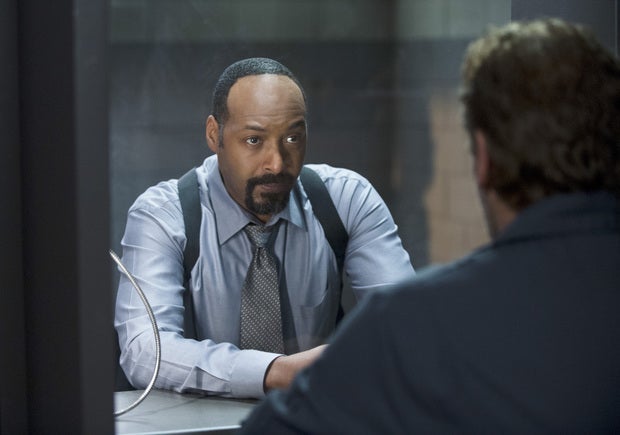 Being the father figure in a superhero story, there's always the "Oh, no, are they going to kill Joe?" Do you pay attention to that element of it at all?

No, I didn't know that because I don't pay attention mostly. I hear things, occasionally, since my castmates are very keen on social media and they pass things along.

It doesn't really serve me in this job because I have too many other things to think about and worry about, and I can only do what is presented to me. So the idea of fans wanting one thing or being worried about another thing, I don't really have the power to change my trajectory at this point so I don't get myself involved at this point. It's too much work. I can't really follow that and do this job at the same time.

Something I find really interesting is that your character has been more standoffish than anyone else with Wells. It's a very different dynamic you've had with Tom than most people. Is that hard to maintain with somebody who everyone on set likes so well?

No, not at all. First of all, Tom's an excellent actor and he's a lot of fun to work with on set, so I don't worry about that. And nothing personal happens, you know. We don't cross those hairs. So it's actually quite nice. It's a real joy to get to work with Tom because there is sort of a cat-and-mouse thing between him and Joe and we totally love playing it. We even play it up as much as we can between each other. And it's why we both took the job, becuase we knew that we'd get to do that with each other.

I've known Tom for a really long time. We've worked on several projects together but never worked together in the same scenes. So we've been waiting for this for a long time, so the fact that it's this contentious relationship between the two characters is basically very yummy for us. 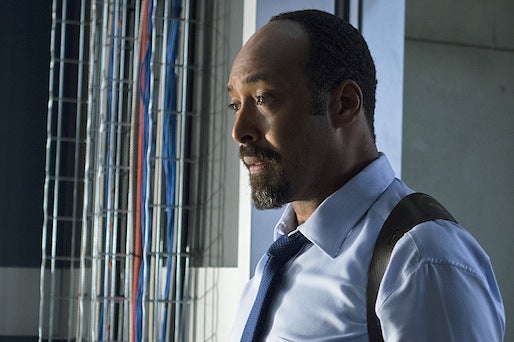 The other really interesting relationship you've had is with Rick Cosnett's character. Is it tough to strike that balance of being friendly with him but having to stand off with him and tell him no and things, in ways he doesn't really understand? Will you even cross paths again before the finale comes up?

Well, there's a culmination of events for sure that definitely include Eddie. What I can say is like over the next couple of episodes, you realize what a close relationship Eddie has with Joe and how Joe's affected by what's happening with Eddie. We know that Eddie has a connection to Harrison Wells, and that certainly puts Eddie in danger and of course danger comes sooner rather than later on our show.

This is not a really deliberate show; there are plot threads that run through the season and are thought-out, but stuff blows up quickly on this show. Did you ever think when you were looking at the early scripts that some of this would pay off so fast?

One of Greg Berlanti's big things is if you come up with an idea that you want to do in Episode 12 and you come up with it while you're doing Episode 2, put it there. We'll come up with something for Episode 12. So that's why there's so many bombs and things that just come out of nowhere and happen and it keeps it exciting for me, and of course us not knowing what's going to come in the future. As actors, we only know when we get a script, or at least I do. I think some of the actors are a little bit more keen on knowing where things are going, and so they ask and they're told, but I don't really want to know. I think that Joe should learn what's happening when he learns. So it's actually a whole lot more fun to work with those notions of things happening so quickly and things turning on a dime and everything being of utter importance.

It makes things super exciting and if you're going to be on an action show, a superhero show, you need those moments. You can't spend too much time just languishing and I'm glad that we don't do that.

The Flash's Jesse L. Martin on Joe's "Yummy" Relationship With Harrison Wells, his Ties to Eddie Thawne And More