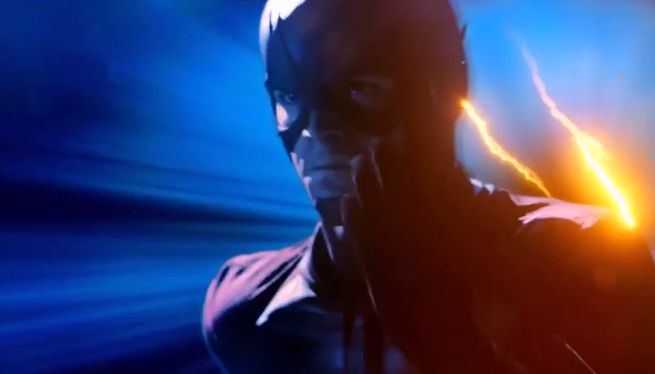 When you're moving at super speed, or seeing through the eyes of someone who is, it can be difficult to really take in everything you're seeing. Such was the case in The Flash's season finale, during the scene when Barry runs through the Speed Force.

To help make things clearer, Wild Jr. has taken the scene from "Fast Enough" and slowed it down to a quarter of its initial speed. This should allow fans to get a better look at Barry's visions.

As we've covered more thoroughly elsewhere, Barry sees his a mixture of past, present, and future while he's in the Speed Force. How much of it is alternate reality versus the timeline he inhabits is still unknown, but the scene includes shots of the Legends of Tomorrow, Killer Frost, the Flash Museum, and what looks like Barry in prison.

The Flash will return for its second season in the fall.