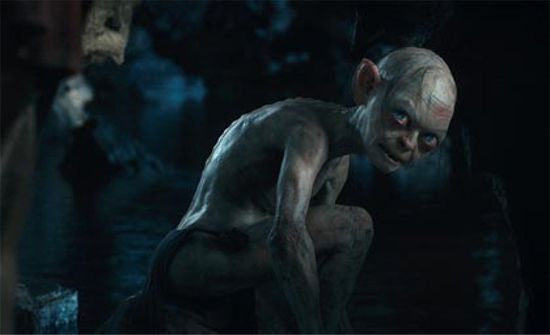 The Hobbit: An Unexpected Journey held its world premiere in Wellington, New Zealand on Wednesday night. Most in attendance appeared to be celebrities, press, and government officials, so there have not been a lot in the way of spoilers to leak out yet. However, Comicbook.com combed twitter and New Zealand media reports, and we were able to uncover just a couple minor spoilers.

5. How The Hobbit Opens – According to the New Zealand Herald, The Hobbit opens with a flash forward to a time before the start of The Lord of the Rings. The scene involves Bilbo Baggins telling his nephew Frodo about his past adventures.

4. Don’t Expect A Lot Of Thranduil – According to a tweet from a blogger who attended the premiere, Thranduil was only on screen for about three seconds.  The good news is that those three seconds were apparently pretty epic, as the blogger also described him as “perfection.”

3. Smaug Appears – Peter Jackson confirmed this spoiler himself. Fans can look forward to a brief cameo by the dragon Smaug. However, don’t expect something that looks like a creature from another planet. Jackson describes Smaug as “the most venal, scary, decrepit, nasty dragon.”

2. Two Dwarf Songs – According to the New Zealand Herald, the dwarfs burst into song twice during the Hobbit.

1. How The Hobbit Ends – According to the New Zealand Herald, The Hobbit movie covers to around the end of chapter six in the book. It’s the chapter entitled Out of the Frying Pan and Into the Fire. So based on this information, we might expect The Hobbit to end with a scene involving the Eagles.

The Hobbit: Five Spoilers From The Premiere