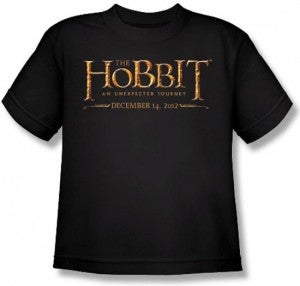 The Warner Bros. Studios Store is offering two different t-shirt designs to celebrate opening day. One of the designs features the official logo from The Hobbit: An Unexpected Journey along with the film opening date of December 14, 2012, while the other design features an illustrated Middle-earth map and the phrase "The Journey Begins December 14, 2012."

Both shirt designs are being offered for sale through 8 AM on December 3rd, 2012 at which point they will be retired forever. 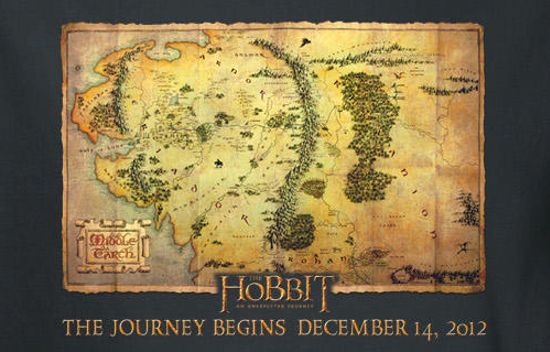