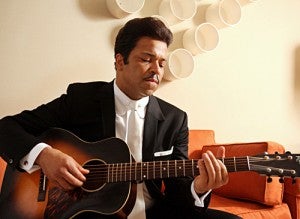 Earlier today, producers announced that Jeffrey Wright has been cast in the role of Beetee in the upcoming Hunger Games sequel, Catching Fire. Hailing from District 3, Beetee earns the nickname “Volts” because of his electronics expertise.

Probably best known for his award-winning role in the HBO miniseries Angels in America, Wright has since gone on to appear in Casino Royale and Quantum of Solace, among many other big-name Hollywood films.

The Hunger Games: Catching Fire is due out on November 22, 2013 and will be directed by Francis Lawrence, and produced by Nina Jacobson’s Color Force in tandem with producer Jon Kilik. The novel on which the film is based is the second in a trilogy that has sold more than 50 million books in print and digital in the U.S.