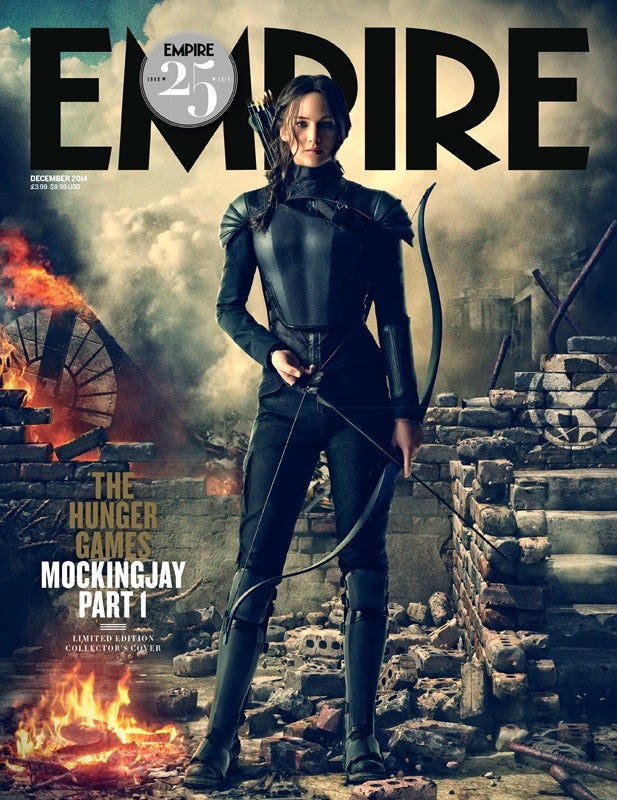 Jennifer Lawrence is featured on the cover of the latest issue of Empire magazine, as her character Katniss Everdeen in The Hunger Games: Mockingjay – Part 1.

Lawrence has played Katniss in the two previous The Hunger Games films. Katniss is the central character of the films, which are adaptations of Suzanne Collins’ incredibly popular trilogy of dystopian young adult novels.

In The Hunger Games: Mockingjay - Part 1, Katniss Everdeen is in District 13 after she shatters the games forever. Under the leadership of President Coin and the advice of her trusted friends, Katniss spreads her wings as she fights to save Peeta and a nation moved by her courage.