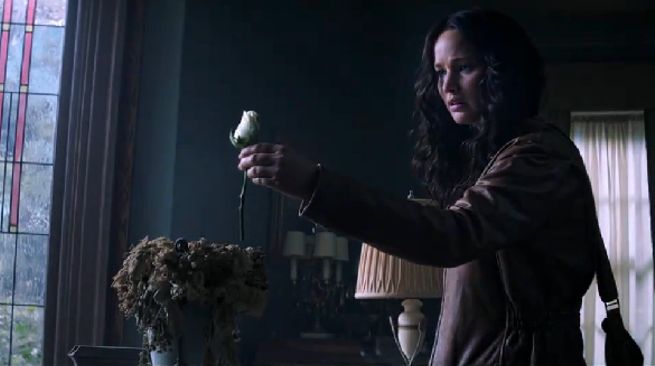 In the first teaser, Katniss reaches out and picks up a white rose, while a voiceover from President Snow says, “Miss Everdeen, it’s the things that we love most that destroy us.”

In the second teaser, Katniss and Gale quickly raise up their bows, and they point them in the direction of someone who is off-camera.