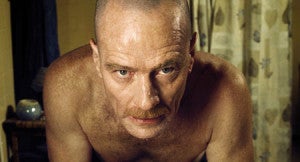 Despite no official announcement from Warner Bros., the Internet seems to have officially cast Bryan Cranston as Lex Luthor in the Man Of Steel follow-up. On Thursday afternoon of last week, Warner Bros. officially announced that Ben Affleck had been cast as Batman, which led to a huge uproar on Twitter.

While Warner Bros. failed to make any other Batman and Superman casting announcements, the Internet soon rectified the situation by quickly casting Bryan Cranston as Lex Luthor. Even though for their part Warner Bros. has yet to even confirm who the villain is or for that matter what they are actually calling the movie, the Internet has decided that Lex Luthor will indeed be the villain.

In an article that doesn’t even have a question mark in the title, Rolling Stone reports “Bryan Cranston Cast as Lex Luthor in Man Of Steel,” citing a report on Cosmic Book News. In the actual article, Rolling Stone clarifies that they are referencing the Man Of Steel sequel, and that Cranston is not actually traveling back in time to insert himself in the original Man Of Steel movie, as the article title might suggest.

In another move of helpfulness to Warner Bros., the Internet has also taken it upon themselves to craft the first trailer for the untitled Batman and Superman movie featuring Bryan Cranston as Lex Luthor. Warner Bros. needs to get on the ball and announce Cranston already, because by next week, the Internet could have the entire film completed and released.

All kidding aside, reports are unconfirmed as to whether Bryan Cranston will play Lex Luthor. We reached out to Warner Bros. for comment but did not receive a response. We would not be surprised if Cranston is one of the leading candidates for the role, but given how fast Warner Bros. put out a press release about Ben Affleck, it seems unusual that it has not been announced if he is officially signed for a multi-picture deal.