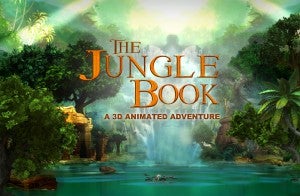 DQ Entertainment Ireland, who are based out of India and have been working on animation for American and French film studios, announced yesterday that The Jungle Book will be their first American feature film. It will be produced as a 3D, computer-generated feature, according to Deadline.

“By leading off our slate with a 3D stereoscopic version of The Jungle Book, a classic and universally beloved story based in India, our home country, we’re making a bold statement to the industry — that DQE is committed to put the creative, technical and financial resources together to produce compelling, high-quality animation for all distribution channels,” DQE chairman and founder Tapaas Chakravarti said in a release.

Chakravarti will serve as a producer on the film, along with onetime Marvel Animation president Eric Rollman.

Based on the novel by Rudyard Kipling, The Jungle Book has had a number of lives in film, including a classic animated version that came out from Disney in 1967 that remains probably better-known than the novel itself.

The Jungle Book in 3D Announced as Feature Film