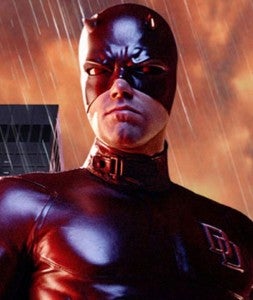 Of all the Oscar snubs this year, the one that seems to be getting the most attention is that Ben Affleck was not nominated for Best Director. Sure, the snub of The Dark Knight Rises also makes for good headlines, but pretty much everyone knew that one was coming, given the Academy’s history with comic book movies.

However, most were expecting Ben Affleck to get a Best Director nod, as he is widely regarded as the best emerging new director. And it’s not like the Academy didn’t recognize Argo was a good movie, as it earned nominations in seven other categories. It’s  also not like Agro was Ben Affleck’s first good movie. Gone Baby Gone and The Town also won rave reviews for Ben Affleck’s directing abilities, so the Academy can’t claim that Argo was just a fluke for him.

So why did the Academy overlook Ben Affleck for Best Director? Many in the entertainment industry are baffled and consider it to be the biggest nomination mystery of this year’s Oscars. However, we think we have the answer. It all goes back the Academy’s hatred of comic book movies. Despite his success as a director, the Academy members still think of Ben Affleck as that guy who played Daredevil.

Seriously though, it's not just because of Daredevil, but it's also because of Gigli, Jersey Girl, and a host of other movies. If the first anyone had ever heard of Ben Affleck was when he made his feature film directorial debut with Gone Baby Gone, then our bet is that he would have scored a Best Director nomination for Argo. The fact is that Ben Affleck is carrying around too much baggage from his days as an actor for the Academy to fully accept him yet for what he is, which is one of the best directors of 2012.