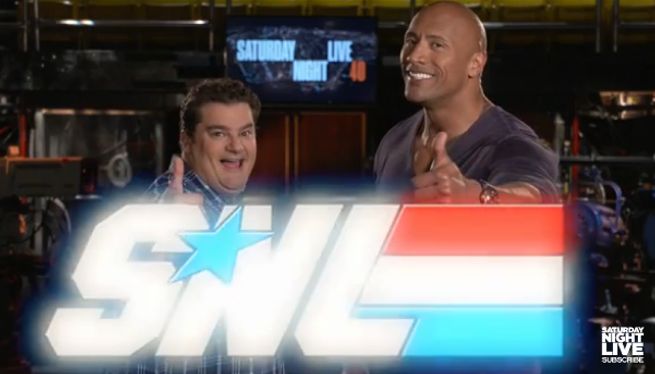 That’s the central question to one of many promotional videos for The Rock’s upcoming Saturday Night Live appearance. Alongside SNL cast member Bobby Moynihan, The Rock runs through several promos that riff on Furious 7, his WWE career, and G.I. Joe. This week's episode will be The Rock's fourth time hosting the sketch comedy show.