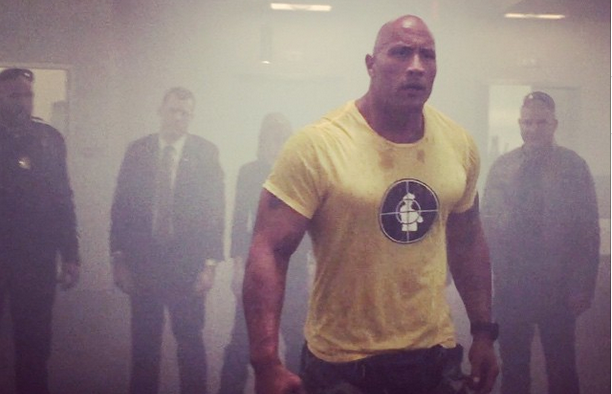 Dwayne “The Rock” Johnson has revealed a first-look at his next character, “Bob,” in 2016’s Central Intelligence.

In Central Intelligence, The Rock plays a high school geek-turned rogue superspy. The story follows follows a former high school hero (Kevin Hart) who meanders through adulthood as an accountant. Lonely, Hart’s character reconnects with an old high school classmate, Bob. As the two reconnect, the accountant learns about Bob's deadly new life and is thrown into a deadly world of spy games and espionage.

In his post, Johnson revealed that Bob, while socially awkward and fond of fannypacks, is also extremely intelligent and lethal. You can check out the entire reveal below.

A blast crafting and creating this dude... The inspiration behind this character "Bob" has always been Tom Hanks in "BIG" with an added twist. He's a grown man who's extremely childlike and views the world thru exuberant and enthusiastic teenage eyes... Loves to wear his favorite Public Enemy shirt, cargo pants and sneakers to work.. and rocks a fanny pack which holds his Bruce Lee quotes and a condom (he's always prepared). The "added twist" is Bob has an extremely high IQ and is one of the most lethal men on the planet as a C.I.A. contract killer. Oh the most important character trait.. He hates bullies. Can't wait for y'all to meet "Bob". #FightThePower #BeWaterMyFriend #FannyPackYetDeadly CENTRAL INTELLIGENCE. SUMMER 2016.