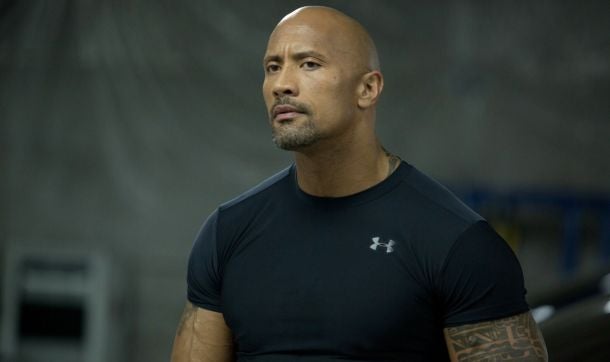 Throw this announcement in the guidebook to brilliant casting.

According to The Hollywood Reporter, Dwayne "The Rock" Johnson is "loosely attached" to star in Paramount's long-gestating "Baywatch" film reboot. Taking Johnson to the beach will be "We're the Millers" co-writers Sean Anders and John Morris as co-directors, and screenwriter Justin Malen.

Given the comedic angle this new creative team suggests, Johnson could be a natural fit for "Bay Watch." He proved that he can nail humorous roles in Michael Bay's "Pain and Gain," and practically made his career by taking his shirt off.

If Johnson does indeed star, "Baywatch" would be yet another potential franchise for the actor to anchor. He just finished production on the latest "Fast & The Furious" installment, and will star as Black Adam in DC Comics' "Shazam!" film.

The Rock Set to Star in "Baywatch" Film Reboot