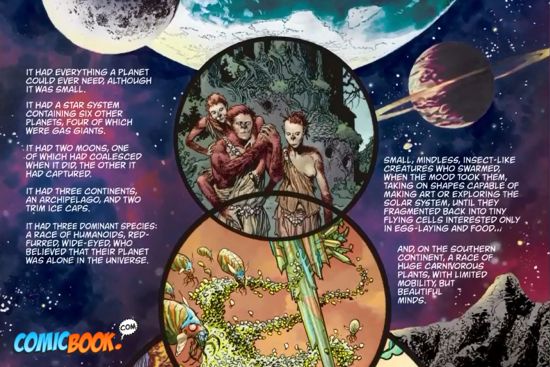 DC Comics just released their first DC All Access video, which is their new weekly webseries that provides a look into the world of DC Entertainment. The first episode includes talks with Zack Snyder about his Superman 75th Anniversary animated short, with Vertigo's Hank Kanalz about The Sandman: Overture, with Scott Snyder and Greg Capullo about Batman: Zero Year, and with Caitlin Kittredge about Coffin Hill. The biggest reveal in the video is a look at some never-before-seen pages from Sandman: Overture. While some of the artwork has been revealed previously, the pages in the video have now been lettered, so it gives the first look at the storyline written by Neil Gaiman. Here's a taste of how Gaiman starts out the storyline. "It had everything a planet could ever need although it was small. It had a star system containing six other planets, four of which were gas giants. It had two moons, one of which had coalesced when it did, the other it had captured. It had three continents and archipelago, and two trim ice caps. It had three dominate species: a race of humanoids, red-furred, wide-eyed who believed that planet was alone in the universe. Small mindless insect-like creatures who swarmed when the mood took them, taking on shapes capable of making art or exploring the solar system, until they fragmented back into tiny flying cells interested only in egg-laying and food...and, on the southern contienent, a race of huge carnivorous plants, with limited mobility, but beautiful minds." The Sandman: Overture #1 is scheduled to be released in comic book stores on Wednesday, October 30, 2013. 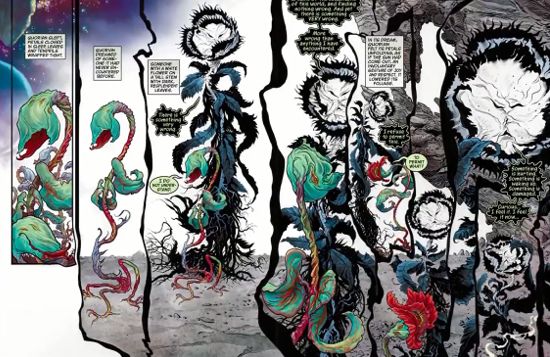 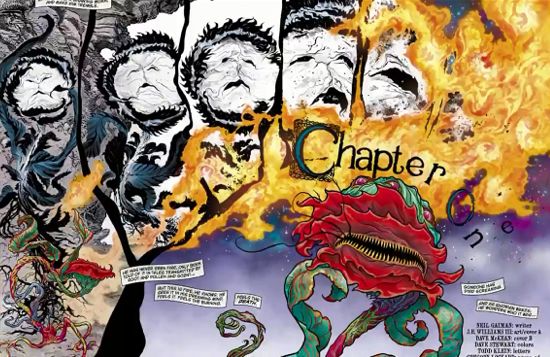