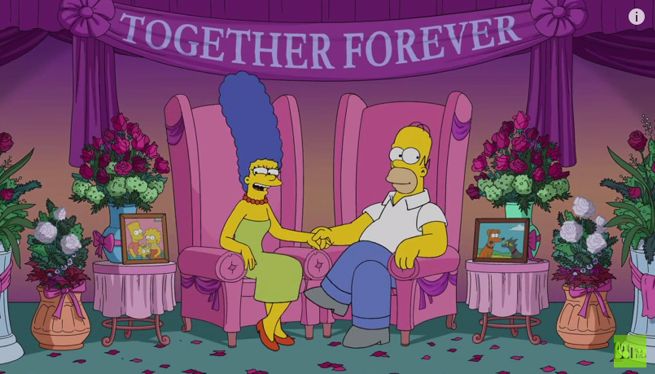 Earlier this month, Variety ran a quote from executive producer Al Jean, which claimed that Homer and Marge Simpson would legally separate in the Season 27 premiere. The quote quickly went viral with some news outlets interpreting it as Homer and Marge splitting up for good, even though it's more than likely a single episode storyline.

In order to address the rumor and perhaps extend the press' infatuation with the topic, The Simpsons has released a short segment, where Homer and Marge address the separation rumors. The video starts off with Marge announcing that Homer and her are there to address "baseless rumors" that they are splitting up. Marge explains that the story was first reported on CNN, before the real news started reporting it all over the world.

Homer chides the news media for not covering more important things like LeBron's junk. Watch the full video below.

The Simpsons will return for its 27th season in the Fall on Fox.

Mobile Suit Gundam's "Walking Gundam" To Stick Around Until 2023