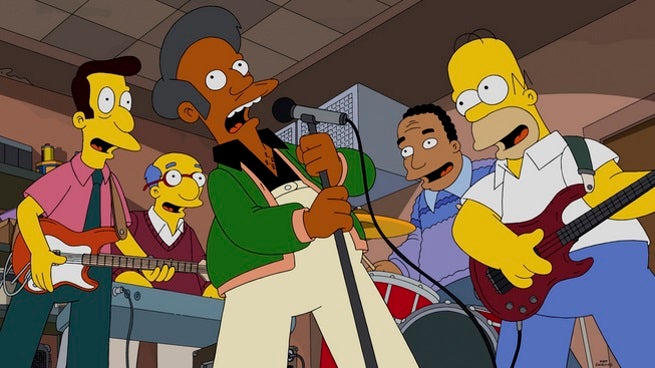 A new episode of The Simpsons, titled "Covercraft," airs tonight on Fox.

In "Covercraft," Homer has a mid-life crisis, takes up bass guitar and forms a cover band with some of the other dads in town. But the band's modest early success is soon overwhelmed by the breakout potential of their most unlikely star, Apu.

Guest voices include Will Forte as King Toot, Sammy Hagar as himself.