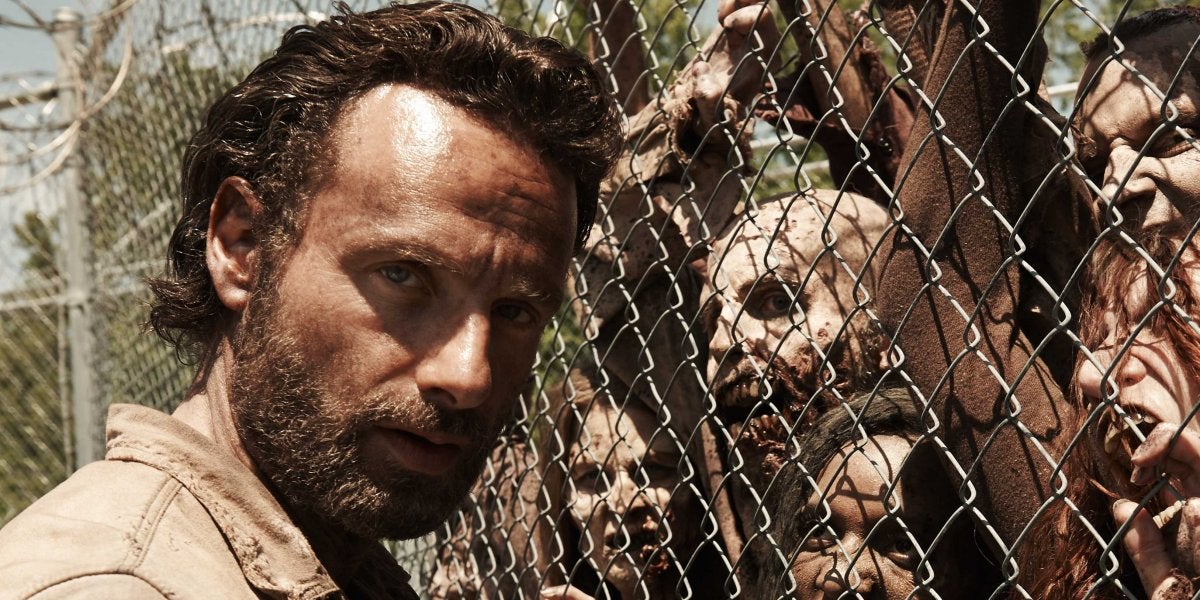 The greatest threat confronting Rick Grimes and his surviving crew may not be the undead, but the living, in the fifth season of AMC's The Walking Dead.

In an interview with Entertainment Weekly, series star Andrew Lincoln (Grimes) discussed how the show's breathing cast members will bite harder than their zombified counterparts. As Lincoln explained, the show's humans have endured  this post-apocalyptic world for years now. That prolonged turmoil affects the pysche, and especially when confronting life, death, and one another.

"The people left are going to be just as equally pragmatic and brutal, and tough, and resilient," Lincoln told EW. "So the clash in this season, and the conflict and the fear and the terror comes directly from the humans."

This should not come as a major surprise to active followers of the show. Rick Grimes has contended with numerous human adversaries throughout the series, including his pal-turned-psychopath Shane, the villainous Governor, and Terminus leader Gareth--the primary antagonist heading into Season 5. Indeed, even the third season's tagline read, "Fight the dead. Fear the living." Of course, Gareth and Terminus will hopefully provide a new set of mortal challenges as the band struggles to remain uninfected.

Lincoln also teased a change of scenery for the series. Season 5 will trade in country farms and prison cells for dense, urban environments that hearken back to the show's premiere season. Lincoln welcomed the return to familiar territory, saying "[W]e’re in very similar locations to where the whole story began. And for me, it’s just kind of haunting. And there’s something about the urban environment and feeling the decay."

Living or dead, it seems that Rick should have plenty to do besides garden when The Walking Dead returns next Sunday, October 12th.