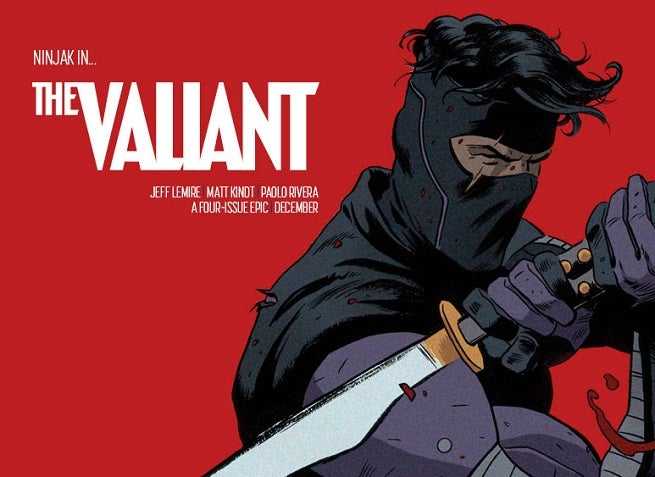 Valiant Entertainment has released their latest character poster in support of The Valiant -- this time featuring Ninjak.

"I've introduced a new variable into the equation," the caption reads, possibly indicating that Ninjak himself could be a game-changer since the story revolves around a centuries-old battle between the Eternal Warrior, an immortal enemy of his who hunts and kills Geomancers, and the newest Geomancer. Ninjak and Bloodshot are, in that context, wild cards.

Ninjak is poised to explode coming out of The Valiant, getting his own title in 2015 for the first time since 1998.

You can check out the full poster and ordering information below. The Valiant #1 hits the stands next month, but final order cutoff is Monday. 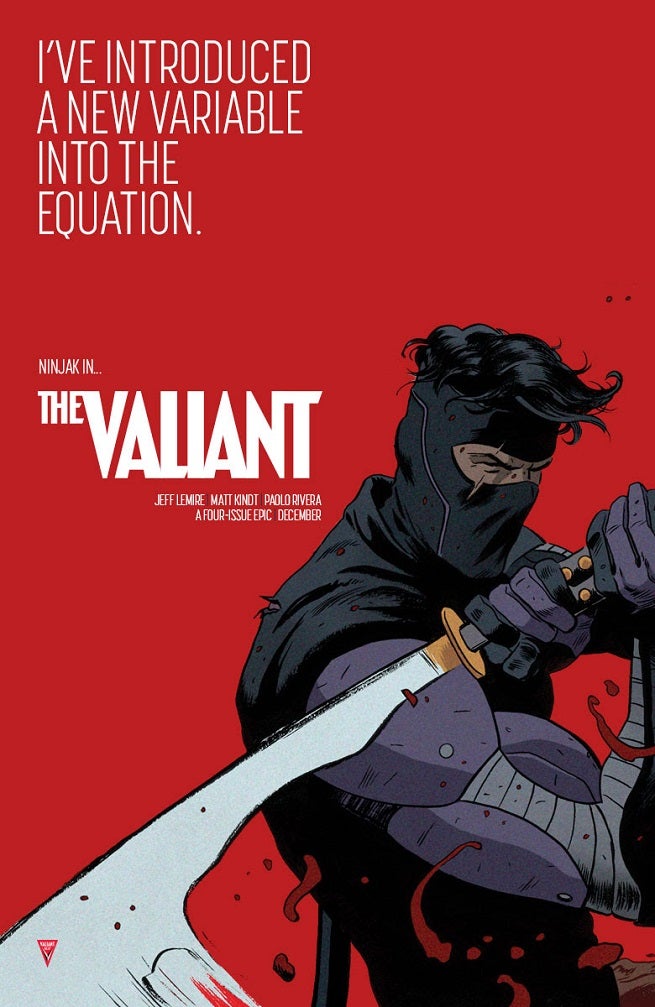 The Valiant: Ninjak Gets His Character Poster