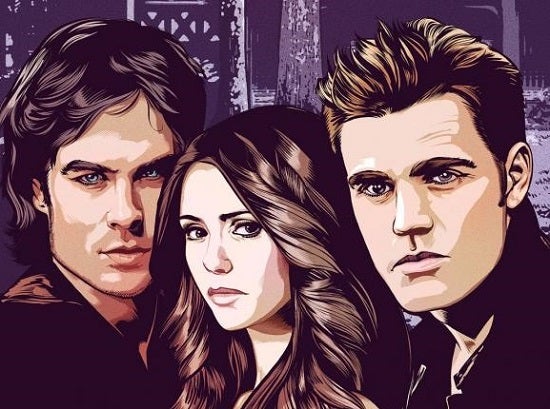 The CW Network's fan-favorite drama The Vampire Diaries topped broadcast networks NBC and ABC in the 8 p.m. hour last night, an indicator of the consistency of the show's devoted following and just how weak most of the Thursday night schedule is on most networks. Once Upon a Time in Wonderland, the Once Upon a Time spinoff that debuted soft last week, dropped nearly 30% last night and drew just 1.2 million viewers, according to overnight ratings estimates. That was ABC's offering in the 8 p.m. hour, beat out by The Vampire Diaries, which scored 1.3 million and also beat out reruns of both The Michael J. Fox Show and Sean Saves the World, heavily-promoted series that have had tepid reviews and seem to rely largely on the reputations of the lead actors. While the comparably-inexpensive sitcoms may be able to coast on their stars (and on ratings that have been staying fairly steady or rising slightly from slow starts), it's harder to imagine ABC being happy with an effects-heavy (read: expensive) series like Once Upon a Time in Wonderland that's being outpaced by a similar (genre, that is) product from a smaller network. The Vampire Diaries, now in its fifth season, will get its own ongoing, digital-first comic series from DC Entertainment beginning on Halloween.