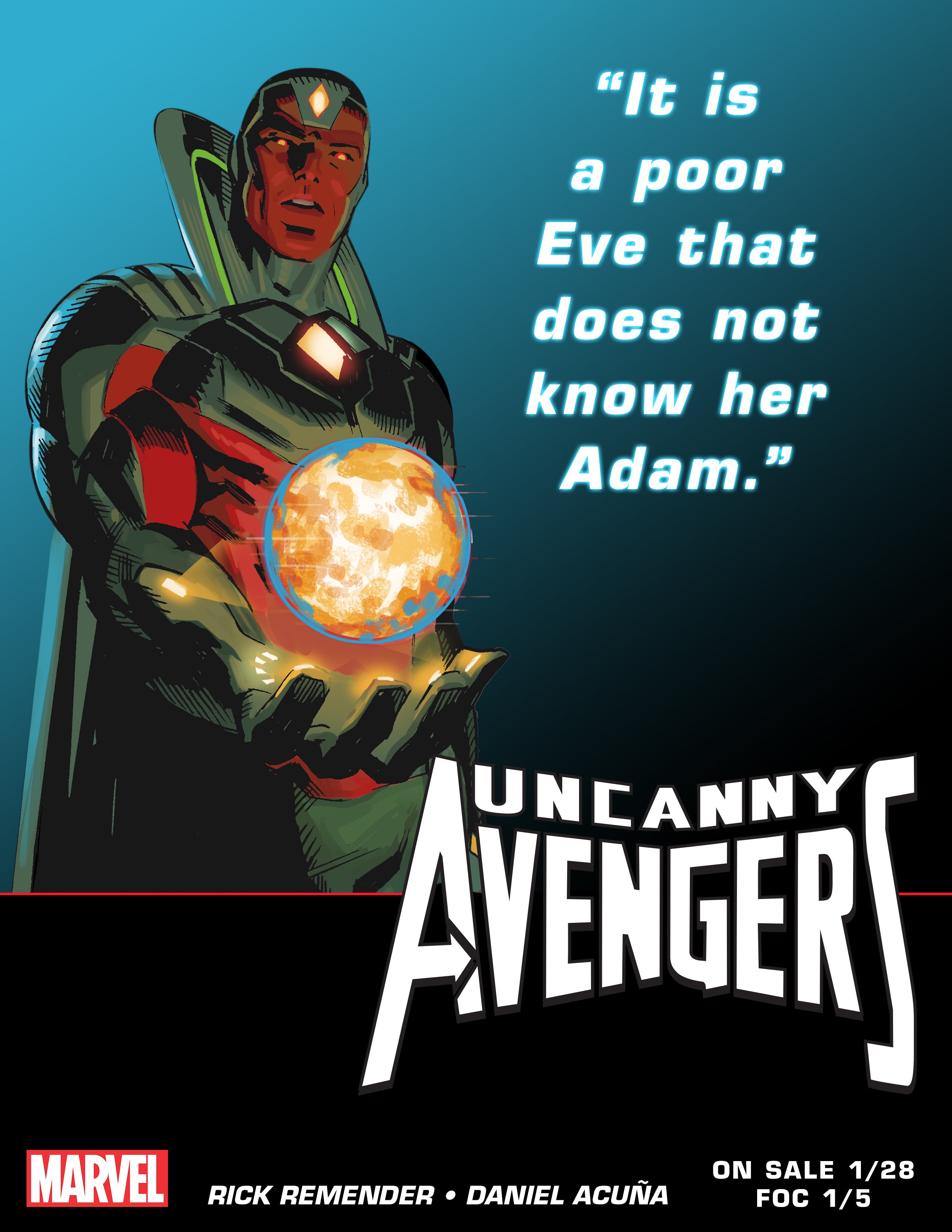 Marvel has released the latest teaser image for the upcoming "Uncanny Avengers" series, this time featuring The Vision.

In the promotional poster, The Vision speculates that a poor Eve does not know her Adam. Vision is most likely referring to the biblical figures Adam and Eve, and by extension, his relationship with his own creator. The Vision could either be referring to his original creator, Ultron, or possibly Tony Stark, who rebuilt him after his death in “Avengers Disassembled.”

The Vision Seeks His Creator In New Uncanny Avengers Teaser