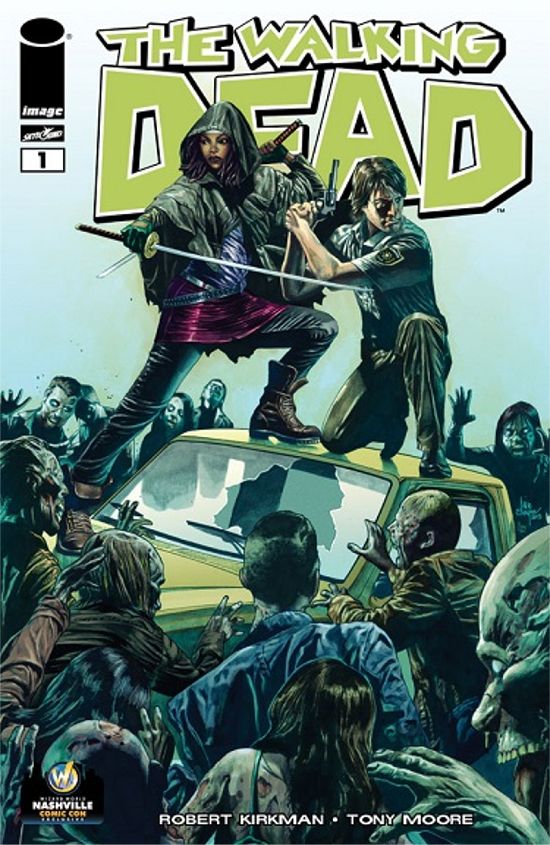 Wizard World has just revealed the latest in their ongoing series of variant covers for The Walking Dead #1. Artist Mico Suayan will create the seventh in a series of exclusive Wizard World variant covers of Robert Kirkman's The Walking Dead #1 comic, provided for free to all full-price attendees at the inaugural Wizard World Nashville Comic Con, October 18-20 at the Music City Center.  Wizard World and Skybound, Kirkman's imprint at Image Comics, have teamed to produce the line based upon the Eisner Award-winning groundbreaking comic book series and best-selling graphic novels written and created by Robert Kirkman.

After taking the comics industry by storm in 2007 with his work on “Moon Knight,” Suayan elevated his art even further with his breathtakingly detailed pencil work on “Dead of Night” featuring “Werewolf by Night” and “Immortal Weapons”.  He has since followed that up with acclaimed work for “Thor” and “Rage of Thor,” and is currently on his next major project for Marvel.