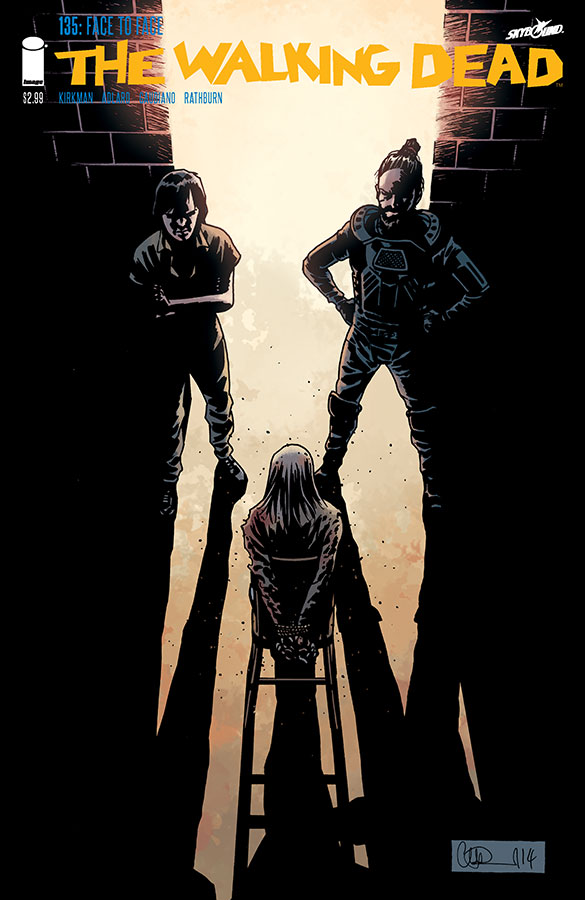 Image Comics has released a one-page preview of this week’s "The Walking Dead #135," with art from series illustrator Charlie Adlard.

There’s scant information to go on for the upcoming issue, other than Image’s one-sentence teaser line, “Face to face.” The preview’s first panel suggests that the issue will address the consequences of Carl Grimes’ grisly assault on Sophia’s two attackers. As the fate of Carl remains in question, Sophia’s own life remains up in the air, and Jesus wants some answers about a creepy mask. The mask looks like it could be one of the Whisperers' zombie get-ups from prior issues, but readers will know for certain when the issue comes out. 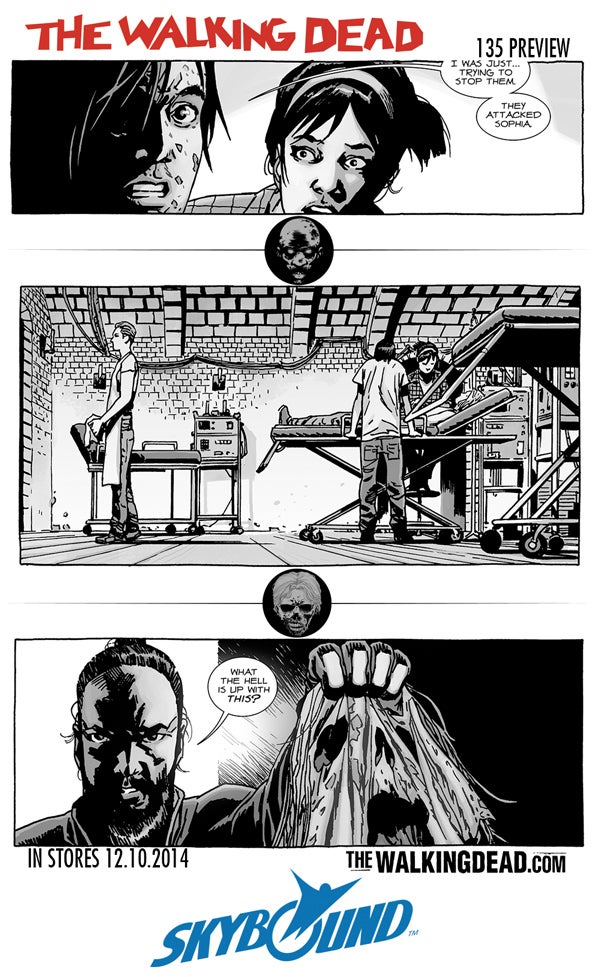 "The Walking Dead #135" is written by Robert Kirkman, with art from Charlie Adlard, Stefano Gaudiano, and Cliff Rathburn.