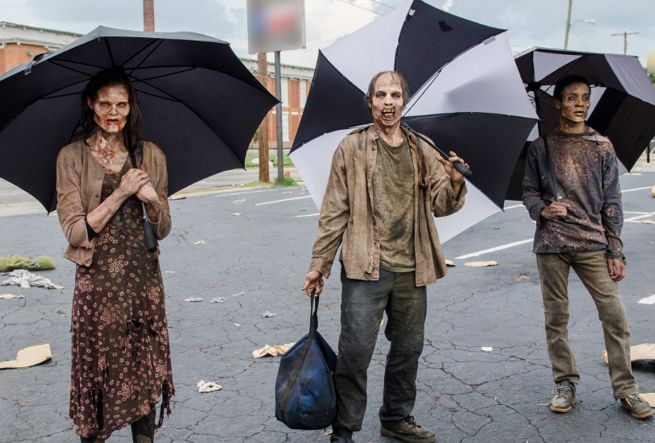 For the third time in five episodes, AMC's The Walking Dead is the highest-rated broadcast of the week, beating out the NFL's Sunday Night Football.

Deadline reports The Walking Dead drew a 7.0 rating among its adults 18-49 fans -- 11% better than the 6.2 that Sunday Night Football received in fast nationals.

The Walking Dead's numbers also tend to improve more with the final numbers, and especially with the live plus three and live plus seven-day ratings, than do football's, for obvious reasons.

The show beat out football in hard numbers 8.22 million to 7.9 million, with around 1.5 million apparently tuning out of the game to watch the zombie drama. During the hour AMC aired The Walking Dead, the game's ratings dipped to around 6.6 million demo viewers.