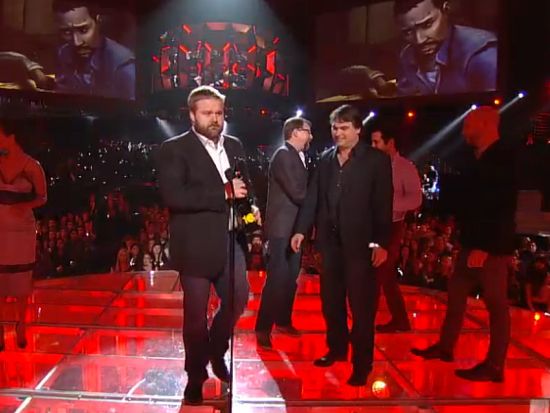 Not only is The Walking Dead dominating television, but it’s also taken over video games. The Walking Dead was the big winner at Spike’s Video Game Awards, taking the top prize and racking up five total awards (counting the studio award).

Spike’s Video Game Awards were hosted by Samuel L. Jackson, a.k.a. Nick Fury. This year was the 10th annual year for the awards. The Walking Dead took the top prize of Game of the Year. Telltale Games Studio, who produced The Walking Dead game, took the Studio of the Year award. The Walking Dead also won Best Performance by a Human Female for Melissa Hutchison as Clementine, Best Adapted Video Game, and Best Downloadable Game.

Walking Dead creator Robert Kirkman was on hand to accept the Game of the Year Award. Kirkman said, "Wow, hey look, Walking Dead fans this is obviously for you. Thanks you so much. Awesome! You guys watch the TV show. You read the comics. You play the video games. You make all of this possible. Thank you. I want to thank TellTale Games."

Chainsaw Man Stuns with SPOILER's Death in the Newest Chapter