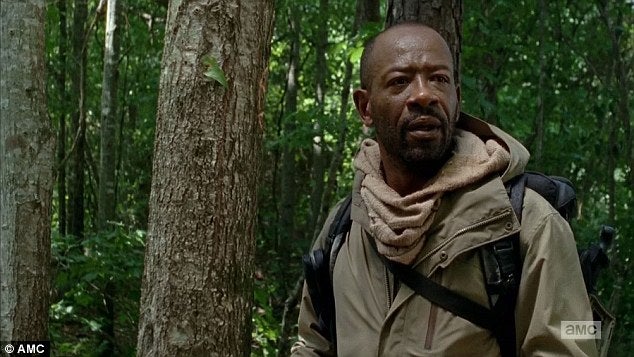 In spite of the fact that fans get excited every time Lennie James appears onscreen, it seems The Walking Dead creator Robert Kirkman wants the audience to question how much they can trust Morgan Jones.

It was Chris Hardwick, the host of Talking Dead, who put the question out there tonight: should fans be trusting Morgan?

"I think that's a big question that you should be asking yourself," Kirkman said. "We're not really seeing much from him. We don't know if he's gotten it together, we don't know if he's a madman. If he ever catches up to our group, maybe he kills them all. Who knows what happens?...It's gonna be crazy."

Of course, his particular brand of crazy has been pretty useful. This week, for instance, we saw the benefit of his "security systems" being emulated at the church.

The Walking Dead returns in February with new episodes on AMC.

The Walking Dead: Can We Trust Morgan?