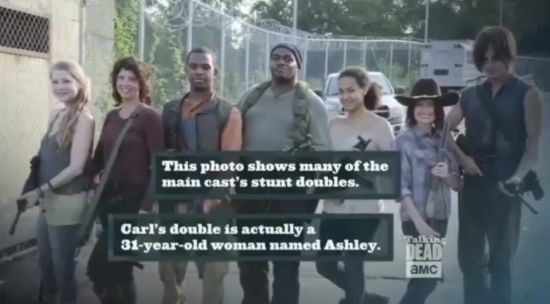 Every once and awhile, the Talking Dead offers up some nugget of knowledge that is just so entertaining that it has to be shared. During the Talking Dead's Mid-Season Finale, one of the graphics in the Subway Freshbuzz segment was a photo of the main cast's stunt doubles.