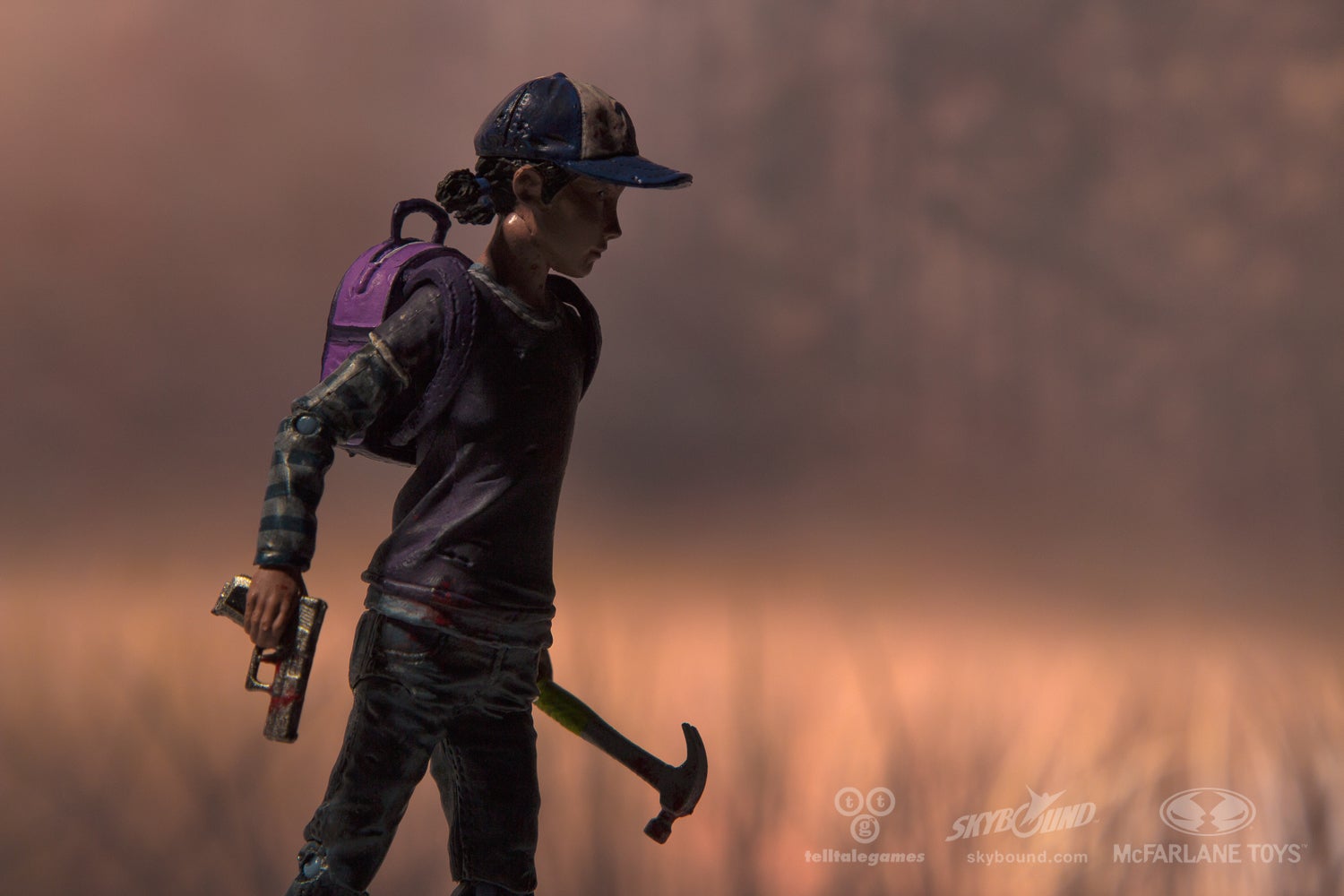 At yesterday’s “Telltale’s The Walking Dead” panel at New York Comic Con, Telltale, Skybound, and McFarlane Toys announced that they were working together on a new Clementine action figure.

Clementine has been a central character of both seasons of Telltale’s The Walking Dead videogames, becoming the player character in Season 2.

The figure will be released in a standard, full color version, and a blood-splattered version. Both versions will come with Clem’s backpack, a pistol, and a hammer.

You can check out the gallery of images, released on The Walking Dead website, below.